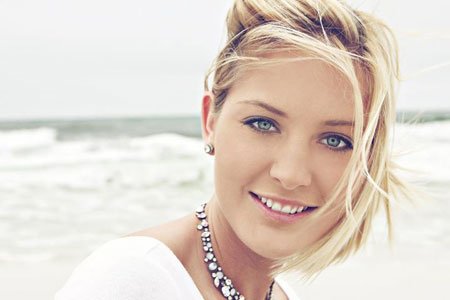 I’ve written about in the column that I’ve eaten Turkish doner in a Kurdish restaurant in London and that I couldn’t say ‘no’ to a Kurdish girl’s invitation for a dinner at their place.

Kurds are a community attached to their traditions. They even hold on to it in London.Today KCK and PKK do not represent Kurds. These two organizations have made Kurds suffer and brought tears to them. They have forced Kurds to betray their Turk brothers.

Frequently criticized Gulen Movement is on the path paved by a leader among the Kurds, Said-i Kurdi. Had the Kurds believed in Said-i Kurdi as much as they have believed in PKK and KCK that only make them suffer, their children wouldn’t have died.

Turks gain sympathy all around the world with Said-i Kurdi’s inspiration. Whereas Kurds cannot be happy as they are not able to profit from this pure source belonging to them.

Computerman from YerelGundem.com is a columnist I enjoy following. A column he wrote after feast of sacrifice affected me deeply.

Here’s an interesting observation from Computerman:

“It is a uttermost showing of ingratitude to ignore a Kurdish scholar’s benevolence, aid and his quality of bringing brothers together, especially when that scholar has become a worldwide symbol of brotherhood.

I couldn’t greet my neighbors at this feast of sacrifice. I asked their children about their fathers’ whereabouts. Apparently one’s father took sacrifice meat to the city of Van. I asked the other one, his dad has gone to city of Siirt. There was a girl who looked like a barbie girl. I asked her too, his dad took meat to Şirnak.

Children were not happy, their heads were down since their fathers left them alone and took feast meat to Southeastern Turkey.

I would like to underline a truth, these people did not get feast of sacrifice meat. Their fathers have taken the meat to their Kurdish brothers. No one has brought feast meat to their children.

I thought a lot when I read this column. How come a man leaves his children alone at an feast of sacrifice and takes meat to a different city, to greet other people’s children?

He leaves his child, his wife, his mom and dad and goes to city of Diyarbakır. He is doing this so that his Kurdish brothers could be happy. Unbelieveable…

This message of Naim from Diyarbakır has shown feast of sacrifice visits were not in vain. If I hadn’t received this message, I would have thought Kurds couldn’t comprehend the sacrifice of their Turk brothers.

There are some people who are astonished that a leftist lady is interested in Said Nursi’s and Fethullah Gulen’s ideas. Naim from Diyarbakır is one of them… Actually, there is nothing to be astonished. The leftism I know is in Gulen’s and Nursi’s ideas.

Had Sinan Cemgil and Deniz Gezmis, who came from wealthy families, met Said Nursi, they would have learned “Unarmed mind revolution” and maybe they would have realized it.

Sinan Cemgil’s efforts at the Varto earthquake, including reparation of villagers’ collapsed homes and working for several days in the region at no charge, are in tune with Gulen Movement’s “Service”.

We were affected by Said Nursi’s and Fethullah Gulen’s ideas and lives. The only thing we were concerned about was that they were religious.

At the Turkish Language Olympiads, I’ve seen that in the center of Gulen Movement there was not religion but human. This is why I try to learn about it this much. In front of me there’s a man and a movement that have realized my ideas and dreams.

To me, Said Nursi and Fethullah Gulen are good leftists. Only difference is their means. Our means requires much effort and generally someone gets hurt in the end. In Said Nursi’s and Fethullah Gulen’s means no one gets hurt. What struck me about these movements is that they are against “violence”. So I have been researching about these movements.

By now I couldn’t notice a negative aspect.

Message of Naim from Diyarbakır:

I follow your column when I have the chance.

Your articles are really game changers since you are a leftist (in your own words).

Of course you are not the first game changer, but I believe being a lady and your unique style is the reason for this.

I believe you are doing what leftists should do in a great way.

Right now in Diyarbakir, local press and some TV channels are modifying some of Gulen’s talks to defame the movement. They are pretty good at it, too. They are absolutely aware of the fact that, Gulen Movement with its emphasis on education will bring an end to these evil organizations like PKK and KCK.

I wish you and people like you, who are not from rightist tradition but still observe Gulen and Gulen Movement, would make some influential statements in the east.

Xwede ji te razi be! May God bless you!

I’m of the belief that the efforts you and people like you made for this country will not be left unreturned by God.

May God be with you…