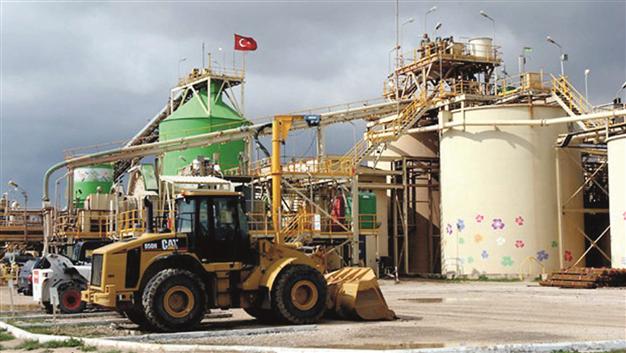 The Turkish gold firm Koza Altın, which has faced several setbacks in its mines in Turkey, has started up a 60-million pound ($100 million) capitalized company in the United Kingdom.

“The U.K.-based Koza Ltd Company was founded as a 100 percent subsidiary of Koza Altın, with the aim of engaging in mining operations abroad,” the firm said in a statement sent to the Public Disclosure Platform (KAP).

Koza’s activities in a mine in the Central Anatolian province of Eskişehir were suspended by the governorship, two months after the halting of another mine.

First in January, the İzmir Provincial Administration had ordered for the closure of its Çukuralan mine in the Aegean province due to the absence of “environmental permits or the environmental permits and licenses’ document.” After a court suspended the administration’s order, the operations at its Çukuralan field, from where around a quarter of its output is yielded, resumed.

Later, the company decided to shut down its Mastra mine in the Black Sea province of Gümüşhane after the Energy Ministry held off the firm’s operations there.

Most recently, in the beginning of March, the Eskişehir Governorship suspended operations at the company’s Kaymaz open cast mine, located in the Karakaya village, claiming part of the area was a meadow.

The Supreme Board of Radio and Television (RTÜK) also cancelled the national broadcast license of Kanaltürk, the TV channel owned by İpek, in a move that will significantly reduce Kanaltürk’s advertising revenue.

The Turkic American Alliance (TAA), the largest national Turkic organization in the US, is holding its third annual Turkic American Convention in Washington, D.C., on March 12-13 in cooperation with the Turkish Confederation of Businessmen and Industrialists (TUSKON). Speaking at a press conference, Faruk Taban, the president of the TAA, which represents six regional federations […]