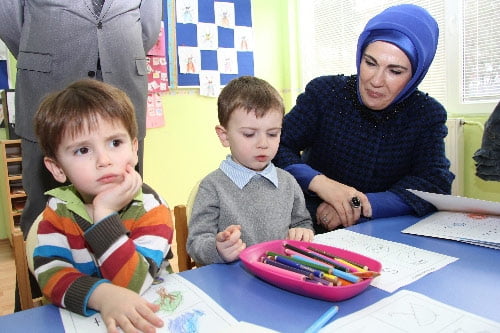 Emine Erdoğan, the wife of Prime Minister Recep Tayyip Erdoğan, has praised the teachers of a school opened in the Czech capital of Prague by Turkish entrepreneurs. Erdoğan accompanied her husband during his official visit to the Czech Republic, where she paid a visit to the Meridian International School with the spouses of other Turkish ministers this week.

Opened in 2005, the school delivers education up to the end of high school and it has 170 students from 22 countries.

“I admire you and your families. I thank you in the name of Turkey,” Erdoğan said as she addressed the teachers of the school.

“We know that you are all working here with devotion and selflessness. I congratulate you for delivering such high-caliber education.”

Erdoğan and others took a tour of the school, and fifth and sixth graders performed songs and poems for the visitors. The school’s principal, Ahmet Hamdi Gürsoy, presented a crystal vase to Erdoğan while the students gave her roses.

Principal Gürsoy said the school had 12 students when it first opened in 2005. He stated that the classes are in English, adding that the school currently has 40 Czech students and mainly serves the local population. The Meridian International School will see its first group of graduates at the end of this academic year. 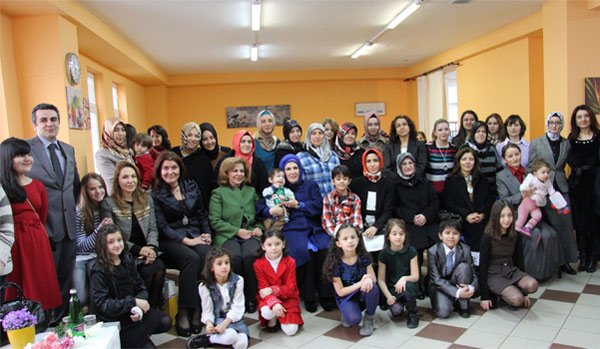