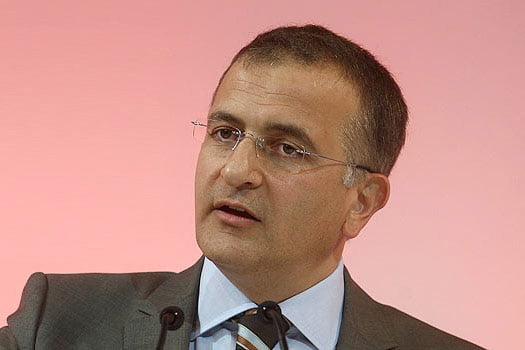 Those who cannot generate values will consume up existing ones. This is because generating values is a demanding task which requires profound contemplation. In addition, it entails labor and endeavor. Even this is not enough, as the process of generating values also calls for individuals who would not easily give up when faced with tests and ordeals, and who are not dissuaded by reprimands coming from the people. Short-sighted people cannot see the call of the colorful rainbow on the horizon.
The choices for value-consumers are obvious: They will be remembered either as spendthrifts who waste everything at hand or as the sons of thieves jealous of value-generators and whose reason is clouded by anger.Many are quick to note that Turkey does not have a worldwide brand. It is true that this country, with a population of about 70 million, has virtually no world-class brand. Some people are trying to destroy the few brands it does have (such as Turkish schools — which are run by Turkish entrepreneurs inspired by the ideas of well-respected Turkish-Islamic scholar Fethullah Gülen). Why? The story is always the same: Short-sighted people who wrestle with their own shadows are so overtaken by jealousy and selfishness that they oppress the value-generating people, eventually leading to the isolation of the country from the world. This was how it happened in the past and this is how it is happening today.There was a heart-rending development last week. It was reported that Turkish schools in a friendly country were shut down. Why? Because of the black propaganda the ruling Justice and Development Party (AK Party) disseminated abroad. This news came as a source of joy for the pro-government media. Those who love this country and those who strive to contribute to world peace should archive those miserable issues of the pro-government papers so that they can be evidence of the low character of the jealous groups who fail to generate any value.What sort of insanity is this that they work hard to ensure the closure of Turkey’s biggest (and perhaps only) brand abroad — i.e., Turkish schools? How can a normal person want those schools run by his/her country abroad to be shut down? The historic fact those people, whose mind is clouded by their anger and delirium, fail to realize is that these schools in question do not belong to a community or group but to a country, and they are the outcome of global peace.

Let me ask those who obsessively work for the closure of these schools: Suppose all of your lies about the so-called “parallel state” are true. What does that have to do with the schools abroad or the innocent teachers and students of these schools? Why do you tyrannize those altruistic people who are devoted to promoting education around the world? To cover up that certain sinister incident in a rush? Isn’t that shameful? Those schools were built as bridges of brotherhood with the people of those countries at a time your party did not even exist. Although you did not contribute to those institutions, you are now obsessed with how to undermine them. Don’t you think history will hold you accountable for tyranny? Don’t you think God will punish you for it?

We must generate values!

Those who cannot generate values will try to destroy existent ones, unaware of the fact that those values belong to the entire country or even to humankind, and not to a specific community or group. In addition to the tyrannical attacks on Turkish schools abroad, there is also the unfair treatment afforded to the international Language and Culture Festival. Those who applauded it fervently in the past came up with lies or excuses in order to not allocate halls for it this year. They committed crimes: the crime of discrimination, the crime of hate speech, the crime of preventing fundamental rights and freedoms.

Originally launched as the Turkish Olympiads, this program had already become a global event thanks to its language and content. Even without the latest anti-democratic pressure, this program would have grown into an international event. Yet the rough and harsh attitude adopted toward it will make certain people feel ashamed in the future.

In a tragicomic manner, those who fabricated excuses in order to prevent this festival from being organized in Turkey not only showed that they were utterly selfish but also attempted to organize fake festivals. If this festival was not beneficial, why did they bask in the shadow of its imitation?

It is always like that: When you cannot generate values, you seek shelter in fake values. This is the case also with the efforts to close prep schools. They manufacture lies to close them, but at the same time establish fake prep schools. The value-consumers who harshly attack the people who have been operating private schools for more than 25 years are trying hard to open up fake schools. There is more: Those who denigrated religious communities in the past are today using public resources unfairly to create a fake religious community.

If you have power and strength, go generate values and open up new horizons and come up with new ideas and get the support of the public. It is tyrannical to consume or destroy values which have been generated with much effort and through hardship. We are already deprived of “values,” as Mr. Fethullah Gülen puts it. Not only do we fail to lose our own cultural heritage, but we are also unable to generate new values. It is with this in mind that the tremendous service done by those who strive to generate new values should be left alone.

In any case, we should not get upset or grow pessimistic about it. The duty of those who generate values is the same: to continue to run to new horizons with new ideas and without caring about degrading attacks.

Who is behind the conspiracy against the Community?

Former Interior Minister İdris Naim Şahin brought a very vital issue to the agenda of Parliament. According to the intelligence and information known to Şahin, who had been a colleague of Prime Minister Recep Tayyip Erdoğan for many years but resigned from the party, arguing that an oligarchic gang had formed around Erdoğan, those who are at the helm of the state apparatus are trying to prepare a new conspiracy. They are making evil plans about Mr. Gülen and the people inspired by his ideas, in an effort to market these innocent people as members of an armed organization. Giving extremely detailed information about this evil plot, Şahin asked Interior Minister Efkan Ala to offer an official explanation about it.

In fact, Ala must provide a detailed explanation about very many matters. As soon as he was appointed interior minister, he made a strongly worded claim about a private bank buying $2 billion ahead of the Dec. 17 police operation. But he failed to produce any evidence about his claim. Moreover, he was flatly refuted by other ministers. Later, he sent many police officers into exile and attempted to get certain journalists detained after forceful entry of their homes, and he wanted certain prosecutors to be manhandled out of his room. It is our hope that he gives a clear answer to the parliamentary question by his predecessor so that we can see how they try to cover up their conspiracies with this “conspiracy” talk.

How do I know? It’s simple. All of those who engage in unlawful activities against this Community within the police department and the judiciary are known by name. Their names are openly mentioned. There is strong indication that the police department’s intelligence unit and some members of the judiciary are working heatedly to fabricate evidence to incriminate the Community. Those who give orders from the top as well as those who unlawfully obey these orders are known. It is also known that the unlawful practices will certainly be tried in court in the future.

The extraordinary conditions of today will certainly now continue forever. In particular, it is known that the smuggling and organized crime bureau is teeming with such unlawful activities. Do you think you can hide the “cosmic room established to finish off the Community”? Do you think this information won’t be leaked to the press eventually? Will the unlawful cooperation among the counterterrorism bureau, the intelligence bureau and the National Intelligence Organization (MİT) to fabricate evidence remain secret? I don’t think so. Those powerful generals of the Sept. 12, 1980 coup were brought to court after 30 years. No individual involved in unlawful deeds will escape justice forever.

Those state officials who engage in a witch hunt inspired by politicians through unlawful transactions should know that their deeds are being carefully noted by those who respect the law and who are experts in the matter. The people declared guilty without evidence will never forget the injustice done to them and will pursue all legal channels to the end. The situation at the judiciary is slightly different. Will the unlawful plans conducted by some prosecutors who call themselves “Hakyolcu” remain secret?

No one has the right to violate the law. Those who prefer unlawfulness based on the conjuncture will eventually be brought to court for their unlawful acts. The worst of all crimes for men of law is to violate the law. It is saddening to see some people fill their criminal records by fabricating evidence.

The new Turkish film “Selam” had its premiere Wednesday night in İstanbul and was welcomed by moviegoers. Turkish celebrities and politicians including EU Minister Egemen Bağış and former national football player and deputy Hakan Şükür watched the movie along with a large crowd. “Selam” tells the impressive stories of three Turkish teachers who are idealists […]