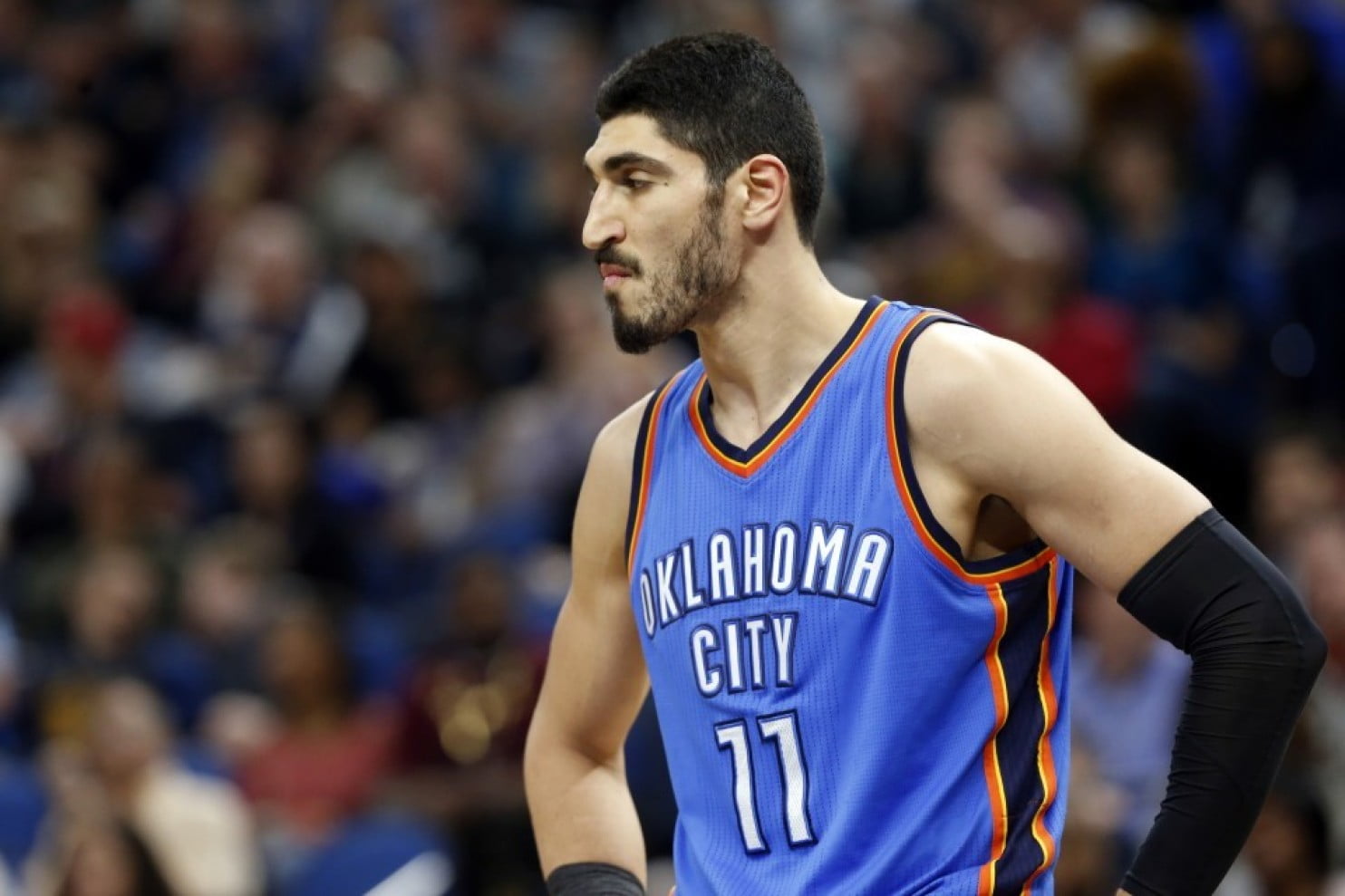 Last month, Oklahoma City Thunder center Enes Kanter was briefly detained at the airport in Bucharest, Romania, after the Turkish government tried to pull some shenanigans with his passport. Kanter, a frequent critic of the regime of Turkish President Recep Tayyip Erdogan, eventually was allowed to leave on a flight to London after he broadcast his plight to the world via Twitter. He eventually made his way back to New York on a green card.

On Friday, Kanter announced that his father has been arrested by the Turkish government and again called Erdogan “the Hitler of our century.” Later in the day, he released a further statement regarding his father’s arrest on his website.

Enes Kanter has released a statement on his website https://t.co/xxxrMss3Go about his father’s arrest in Turkey: https://t.co/PjWHLAR6vs pic.twitter.com/CyQAK3Ooin

Kanter’s relationship with his family reportedly has been strained by his political views. The Thunder big man has long been a supporter of Fethullah Gulen, a U.S.-based cleric who has been accused by Erdogan of being the mastermind behind a failed, bloody coup attempt last year. Kanter’s family disowned him after he continued his support of the cleric last year, leading the NBA player to informally change his last name to Gulen.

“I apologize to the Turkish people and the president for having such a son,” Mehmet Kanter, Enes’s father, wrote in a pro-government newspaper last summer.

The Turkish government also has issued a warrant for Enes Kanter’s arrest, which ESPN says will prohibit him from traveling internationally. His detention at the Bucharest airport last month happened while he was on a worldwide tour for the Enes Kanter Foundation, which provides meals and clothing to the needy.

After he returned to the U.S., Kanter told reporters that he had been in Indonesia when his manager alerted him that Turkish officials had asked authorities in that country to provide his whereabouts. He hopped on the next flight out of Indonesia, eventually arriving at Bucharest and, with the help of the Thunder, both Oklahoma senators and the U.S. department of Homeland Security, was able to make it to New York.

“For a second please think and imagine, if something like this is happening to an NBA player, what is happening to the people with no voice or podium to speak on? There could be hundreds of thousands of people that are detained, tortured, or murdered that we are not hearing about. Freedom of expression is a basic human right, and I ask the WORLD to join me in seeking justice and equality for all and to reject oppressive regimes and dictatorships.”

Today’s Zaman interviewed Wagner about his recent book and his insights about Fethullah Gülen. Prof. Walter Wagner says: “There was a Hitler, there was a Stalin, and there was an Osama bin Laden. We must be very careful and we must examine the heart. In Gülen’s case, the key is love. If the charismatic leader does not lead you to love, does not lead you to acceptance. People are hungry for such leadership.