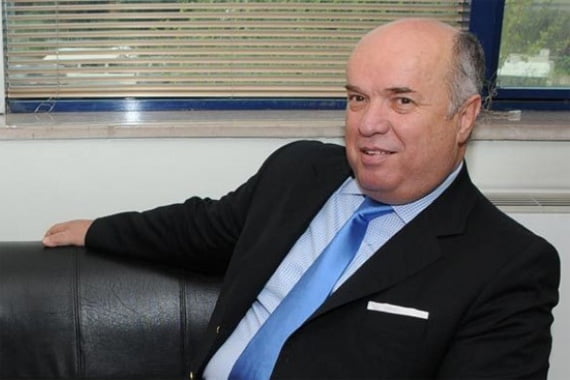 I do not have a voting right for Nobel nominations, but if I did, my nomination for the peace prize is ready: Fethullah Gulen. Of course, I know he’s controversial even in Turkey, he doesn’t appear in public anymore, he seldom grants interviews, yet nevertheless many in Turkey and abroad would join me in praising his contribution to global education.

I do not have a voting right for Nobel nominations, but if I did, my nomination for the peace prize is ready: Fethullah Gulen. Of course, I know he’s controversial even in Turkey, he doesn’t appear in public anymore, he seldom grants interviews, yet nevertheless many in Turkey and abroad would join me in praising his contribution to global education.

In a two-day conference here in Houston, I only heard praise from educators and world human rights activists for Fethullah Gulen’s endeavors in enhancing the understanding between different groups and communities as well as nations.

My travels take me to faraway places. In almost every corner of the world I come across somebody from Turkey who has some affinity with Fethullah Gulen. His followers have been scattered all over the world to establish schools or to teach in an already functioning educational facility. First they were in the newly independent republics of Central Asia, later in godforsaken places in Africa and now they are everywhere.

Father Thomas Mitchell related his recent experience of visiting a school founded by the followers of Fethullah Gulen. Where do you think? In Zamboanga, in the southern Philippines. That part of the Philippines has long been witnessing fierce clashes between Muslims and Christians, but both communities are willing to send their children to study at the “Filipino-Turkish School of Tolerance,” set up generously and taught extensively by the followers of Fethullah Gulen.

Nobody knows the exact number of schools which have some kind of affiliation with him, but they cannot be fewer than 600. Imagine: 600 schools in different places around the globe, in addition to sister educational facilities numbering nearly 100 inside Turkey. All are loosely tied to each other, all are administered locally and all are financed by anonymous Turkish businessmen.

A foreign observer, who once attended a fundraising event in Urfa, Turkey, expressed his astonishment at what he experienced there. After a brief introduction, when he said that he was returning from a trip to Southeast Asia, a man sitting next to him whispered into his ear very modestly that he has a school in Cambodia. “He was a man of apparently modest means, but sending almost all his earnings to a school he will most likely never see with his own eyes; he was more than happy nevertheless that Cambodian children are able to study in the school he built,” the foreign observer said.

I don’t need any testimony actually, since I myself have been witnessing this same generosity in Turkey and dedication in faraway places. In his state visit to Albania for example, in early 1993, then President Turgut Ozal made a point of dropping by the newly established Mehmet Akif Ersoy School in Tirana. The school was an early example of global educational facilities inspired by Fethullah Gulen.

It was the beginning of the school term and Albania was a country deprived of many basic necessities then. The principal of the school, a follower of Gulen, was from Turkey and he didn’t even have time to meet people who would help him cope with the problems he was facing. I visited the school a day before the visit and didn’t like what I saw. Students were wandering in the yard, looking helpless. Teachers from Turkey couldn’t get visas to arrive on time. The principal was all alone with his wife to prepare the school for the presidential inspection.

The next day when Ozal visited the school it was as if a magic wand had worked miracles. The principal and his wife didn’t sleep all night, cleaning rooms and corridors, putting tables and boards in order, watering the schoolyard, dressing the children with uniforms brought from Turkey on Ozal’s plane. All single-handedly. They were exhausted, but smiling.

Now, after all those years, the Mehmet Akif School in Tirana graduates are among the brightest students imaginable who are accepted to attend highly desired universities around the world. Albanians from all religions and inclinations race to get a seat for their children in the Turkish school established by the followers of Gulen.

Graduates from Turkey’s best universities also offer their services to the cause. Rather than applying for highly paid jobs in the private sector, they volunteer to go to Cambodia, Kenya, Pakistan or Russia to help educate those countries’ children. They teach science as well as social studies brilliantly, getting only a limited stipend in return.

The language of education in the schools is mainly English, but students also perfect their native language as well as picking up adequate Turkish. Fethullah Gulen is a man of religion and his followers heed his suggestions with religious fervor, but no Islamic missionary activity has been recorded in any of the schools so far.

The experiment is unbelievable. People from Turkey are donating their money to educate children in countries they do not know, youngsters with university degrees are devoting their time and energy to teach and train children in faraway countries, and all this activity has been run successfully without any organized body of governance. All contributors and workers participate in this global operation not to earn praise or worldly reward, but because Fethullah Gulen has asked them to do so.

Mother Theresa of Calcutta, a nun originally from Macedonia of Albanian extraction, was awarded the Nobel Peace Prize in 1979 for her selfless work in caring for the poor and suffering in India. Her devotion and sacrifice to a country in need of assistance rightly deserved the prize. But think of Fethullah Gulen, who has devoted his entire life to humanitarian work, and his followers who dedicated their lives to educate children in faraway places. Their endeavor is truly a global story, and I believe Fethullah Gulen deserves global appreciation.

I confessed that I have no voting right in Nobel prizes, but you now know who my nominee for the peace prize is.