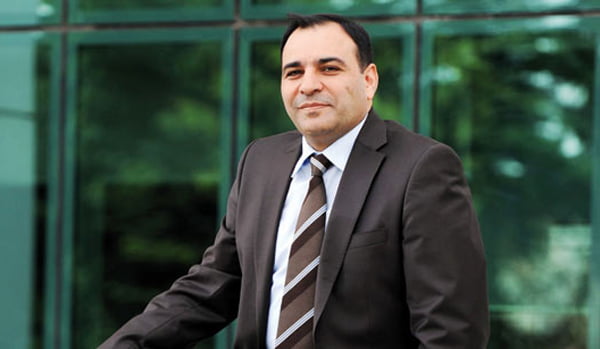 A brief look at the developments of the last two months reveals that the picture we are facing is completely new. The graft investigation which was conducted on Dec. 17, 2013 has exposed hair-raising claims about the corrupt practices of the ruling Justice and Development Party (AKP). Doubts about these corrupt practices were further reinforced by the fact that the second wave of operations planned under the same investigation was halted by the panicked government on Dec. 25, 2013. Despite the sheer number of gross scandals that would force any ruling party to resign at once in a normal state governed by rule of law, the Recep Tayyip Erdoğan administration continues to rule the country. In all respects, the situation in our country can hardly be reconciled with democratic values, basic legal principles or norms or ordinary ethical values.

Even the slightest trace of jaw-dropping corruption, bribery and abuse of power scandals that implicated even Prime Minister Erdoğan himself and his close relatives should have compelled the government to resign, in addition to the fact that our financial system was poisoned by Iran’s semi-legal billions of dollars, which also impaired and degraded the ruling elites. If Turkey had truly been a democratic state governed by the rule of law headed by a government that was held accountable, the senior government officials implicated in these scandals directly or indirectly would have resigned immediately and submitted themselves to the judicial processes.

Although anyone who touched the billion-dollar gray/black capital, injected by Iran, a country which is subjected to international sanctions, through special agents like Reza Zarrab into Turkey’s financial system is supposed to be tried by the courts, the reverse is occurring today. At the same time, the prosecutors and police chiefs who unearthed these international scandals — which are as serious as any national security issue — are being assaulted. Those who serve the interests of another country and who received bribes and unfair ill-gotten gains amounting to dozens of millions of dollars accuse others of betraying the country or collaborating with external forces or spying. Turkey has turned into an eccentric country where the former interior minister, who told a 29-year-old Iranian businessman “Don’t worry, my man, I will lie down in front of you [to prevent law enforcement authorities from taking you] if something goes wrong” in order to protect his unlawful gains, can shamelessly make public appearances to conduct election propaganda.

The public now knows how the government awarded certain businessmen with contracts for huge public tenders such as the construction of a third bridge over the Bosporus and a third airport in İstanbul and how it exerted mafia-like pressures on these business to force them to pay illegal sums of money to a pool with which to finance its media engineering ambitions. In addition, it is becoming clearer every day that Prime Minister Erdoğan or his aides, such as Yalçın Akdoğan, exerted influence on media bosses to dismiss certain journalists. The disclosures by fired journalists such as Hasan Cemal, Derya Sazak and Can Dündar and yet-to-be-fired ones such as Fatih Altaylı are enough for us to form a proper opinion about the government’s media engineering ambitions. Moreover, the government’s micro-level media engineering efforts are not just restricted to these.

Thanks to court-ordered voice recordings which were made public in reaction to the government’s meddling with the judicial processes regarding the graft investigation, everyone now knows that the prime minister is so obsessed with the media that he calls the editor-in-chief of a TV channel and tells him to remove an unfavorable news ticker. Erdoğan and his close aides meddle with the media — which gave us much fodder for historic and tragic irony as these efforts are being parodied as the “Alo Fatih” hotline — to prevent the voice of opposition politicians from being heard by the public, and they can exert pressures on media bosses to fire reporters, page designers and other media workers. How far Turkey has plunged in terms of press freedom during the terms of the AKP is well evidenced by reports from reputed international organizations such as the Freedom House, Reporters Without Borders (RSF) and the Committee to Protect Journalists (CPJ).

In addition to the country’s poor showing in the field of press freedom and freedom of expression, the Turkish nation is losing its hard-earned achievements in terms of individual rights and freedoms. The Court of Accounts — which is tasked with auditing the government’s handling of the public budget — has been unable to perform this duty for several years. Unable to tolerate any other official or civil power, Erdoğan recently passed a legislation on the Supreme Board of Judges and Prosecutors (HSYK) to reverse the democratic status given to the HSYK by the constitutional amendments endorsed by 58 percent of voters in the 2010 referendum. Experts on the Constitution stress that if this legislation is endorsed by President Abdullah Gül, it will degrade the country’s legal system to the time even before the coup of Sept. 12, 1980, making the judiciary a mere tool of the executive. The European Union, the Council of Europe (CoE), the CoE’s Venice Commission and other international organizations frequently warn that such tampering with the judiciary is disastrous. But who cares?

The majority of newspapers and TV channels are controlled directly by the government while the rest suffer from unprecedented pressures. Methods only employed in full-fledged dictatorships are wielded in an effort to prevent the public from learning about divergent ideas or views. As is the case with any repressive regime, the Internet and social media have emerged as alternative venues for communication and interaction due to the silencing of conventional media. Thus, in order to fully control the Internet and social media, the Erdoğan administration passed a bill which empowers bureaucrats to remove any posting from the Internet in just four hours without any court order. This bill, too, has been harshly criticized by democratic circles who are concerned with freedoms of the press and expression at home and abroad as well as by international organizations. But who cares?

In the meantime, as Turkey’s all-inclusive civil society organization, the Hizmet movement, which has always advocated human rights and freedom, adopted democracy, worked to make the state more transparent and accountable, supported Turkey’s accession to the EU and its integration into the world, has become a target. While laying the groundwork for a totalitarian/authoritarian regime as a result of their political Islamist roots, the government, which hurls direct and indirect accusations at the members of the Hizmet movement, is trying to eliminate the movement, which is seen as one of the most important obstacles ahead of this. Similar to what happened in the case of the government-instigated plan to sink Bank Asya with massive cash withdrawals, neither moral values nor laws prevent the government from doing this. In this way, they are trying to divert public attention away from the biggest corruption and bribery scandal in Turkish history in which the prime minister and his closest circles are involved and cover up these claims.

So, what is the relation between this and the “Mubarak model”? Let me elaborate on this point. Unfortunately, many of the actions of Prime Minister Erdoğan, who continues to preserve his power with the electoral support secured in previous elections, do not comply with democracy, the basic principles of state governed by the rule of law and basic human rights and freedoms. On the one hand, every day our country is increasingly being dominated by unprecedented prohibitions and repressive policies. On the other hand, important steps which will satisfy Western powers on a settlement process with the terrorist Kurdistan Workers’ Party (PKK) and the Cyprus issue are taken. If Turkey’s stained diplomatic relations with Israel, which already has good economic relations with Turkey, is restored in the near future, no one should be surprised. In this way, in the eyes of foreign powers, Prime Minister Erdoğan becomes an agreeable, accessible leader who can be directly influenced and is sensitive about the regional interests of these powers.

Just like his predecessor, Anwar Sadat, this is how Hosni Mubarak and his dictatorship ruled Egypt for 32 years, isn’t it? Egypt adopted a constitutional republic as its method of governance. Although practical situations suggested the opposite, human rights, freedom and the rule of law prevailed on paper. Moreover, elections were held periodically. Who cares about the oppression and injustice which Egyptians were subjected to by the Mubarak regime, as long as he protected the interest of the West, particularly the US, and exerted great efforts for the security of Israel after the Camp David Accords were inked in 1979?

At present, Erdoğan is following the same path. A constitutional system which is emptied of essence and redesigned in a way that will serve the government’s desires, an understanding of democracy which is reduced to election results that can be rigged (in fact, Mubarak was elected to office with an overwhelming majority of people through sham elections) and a sphere of freedom and laws which has been turned into a minefield via arbitrary interventions may help to keep up appearances but also pave the way for a totalitarian/authoritarian regime.

I suggest you closely follow the steps that Erdoğan will take on the settlement process with the PKK, the Cyprus issue and Turkish-Israeli relations when the government grows more authoritarian — in other words, violations of freedom of the press and freedom of thought and expression increase, basic rights are restricted and laws are ignored or are turned into a tool of the government. I am informing you beforehand!

The motive behind Maarif Foundation is to use it as a tool to pressurize African countries to transfer ownership of Hizmet movement linked schools to the Maarif Foundation since the request for the closure of these schools were turned down for lacking in merit.