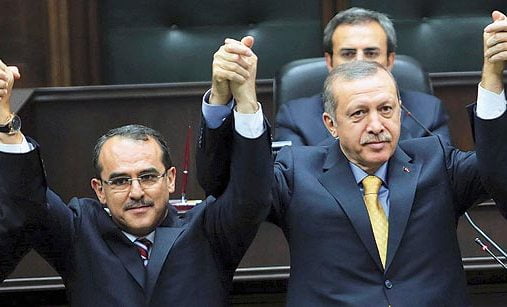 Although the AK Party government has been, since a graft probe that rocked the government was made public on Dec. 17 of last year, accusing the Hizmet movement, inspired by Turkish Islamic scholar Fethullah Gülen, of infiltrating the police and judiciary and forming a “parallel state” bent on regime change, these new [voice recordings] leaks suggest that the government has been making its own moves to fill the civil service with sympathizers.

“Nearly 2,000 friends who were lawyers practicing in the private sector are being transferred into the system” is Ergin’s alleged response.