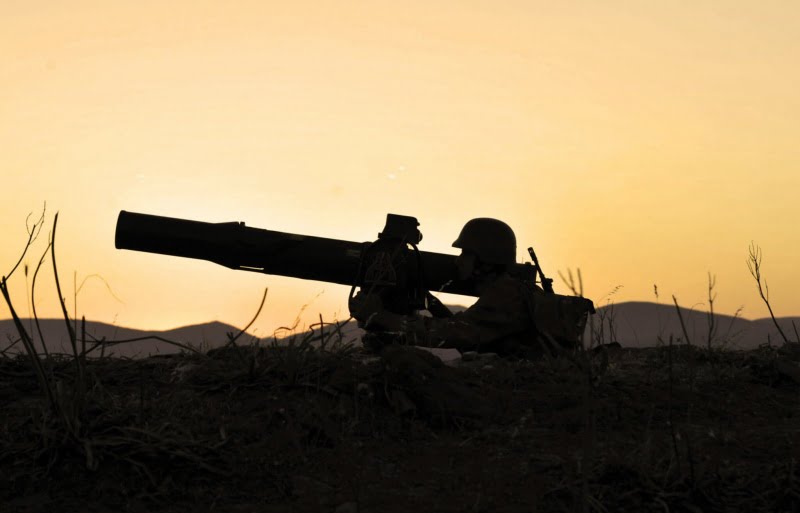 Turkish soldier is firing a rocket in a military exercise. (Archive Photo)

The incident took place on July 18, 2016 at 11:45 a.m. according to the police, when a military rocket was reported to have been fired at the fence next to Gate No. 3 of the presidential palace. The force of the blast bent the wrought iron bars of the fence, the report stated. The bomb squad was dispatched to the scene to examine the damage and collect fragments of the rocket from the palace garden. No casualties were reported.

A forensic examination of the rocket debris including “an electronic circuit board and motor parts” cited in a bomb squad report indicated that they were from a “US-made surface to air [XM41] series shoulder-fired … rocket.” The report was compiled on October 10, 2016 but submitted to the Ankara 4th High Criminal Court by Police Chief Ibrahim Özturk almost two years later, on May 2, 2018.

It turned out that the rockets were phased out by the Turkish military and the redundant munitions were turned over to MIT some 15 years ago according to Necip Erkul, a lieutenant who worked as an expert in military criminal laboratories before he was falsely charged with involvement in the failed coup.

The report reinforced the widely held belief that the limited mobilization on July 15, 2016 was nothing but a false flag operation plotted by MIT at the direction of Erdoğan, who wanted to consolidate his power under a newly instituted executive presidency and persecute his opponents. Erdoğan played the victim card in the aftermath of the abortive putsch, and his intelligence service appears to have orchestrated the rocket attack in broad daylight on the most secure location in Ankara, which was monitored by security cameras and police and intelligence officers round the clock.