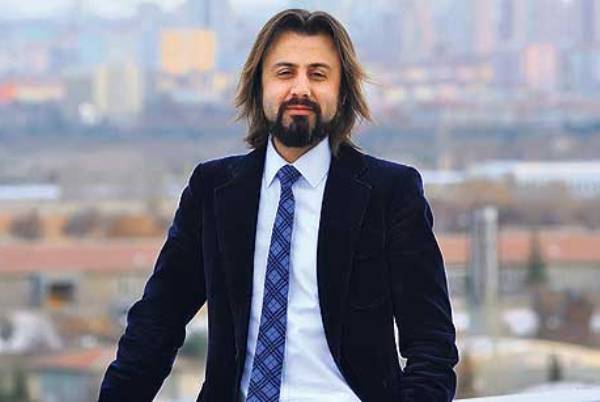 Ahmet Dönmez, a leading correspondent based in Ankara with the Zaman daily who was sharply rebuked by Prime Minister Recep Tayyip Erdoğan after asking him a question about recent allegations of corruption during a press conference on Feb. 12 and who was proclaimed both a national hero and a traitor on social media outlets shortly thereafter, says that he was also reproached by Erdoğan once before and that this is indicative of the state of journalism in Turkey.

During a press conference with Spanish Prime Minister Mariano Rajoy, Dönmez asked Erdoğan to respond to claims that while on an official trip to Morocco he had called an executive at Habertürk TV to have a news ticker featuring comments made by Nationalist Movement Party (MHP) leader Devlet Bahçeli removed; that he had pressured some businessmen to create a pool of money in order to buy a media group that includes the Sabah daily and ATV in exchange for public procurement contracts and that he facilitated the construction of private villas on protected land in İzmir and that he, in fact, owns one of them. Upon hearing the journalist’s question, Erdoğan accused him of “acting the way he is commanded to by those who he depends on.” Erdoğan was apparently referring to the Gülen or Hizmet movement — which he accuses of being behind efforts to topple the government — and its leaders, who are affiliated with the Zaman daily.

On April 9, 2012 Erdoğan said, “Don’t tamper with this issue” when Dönmez asked about the Uludere incident in which a military air strike killed 34 Kurdish smugglers near the Iraqi border in December 2011. “Some people are prompting you to ask such questions,” Erdoğan added.

Speaking to Today’s Zaman on Feb. 13, Dönmez confessed that he was deeply disturbed and angered by the incident, feeling frustrated for the insinuation that he is weak, as though he could not ask his own questions and received instructions from his employers. “There are conspiracy theories. Some say that I memorized Hizmet‘s questions and merely repeated them during the press conference. Some who are active on social media are convinced that I am a national traitor for asking for clarification in front of the Spanish prime minister and the international media, humiliating our country,” he said.

While labeled as a traitor by some, Dönmez is considered a national hero by others. “What made me happy about this was a group of journalism students that called me to say that my example motivated them to pursue this field after having lost their faith in journalism,” he told Today’s Zaman.

Dönmez, who has been a journalist for 13 years, the last two-and-a-half years of which has been spent covering the capital and the highest levels of government, thinks that this incident reveals the lack of freedom for independent reporting in Turkish media. “In some ways, it is sad that I am perceived as a national hero for asking daring questions. In fact, there needed to be quite a few other journalists eager to ask such questions. Erdoğan himself should have been keen to answer those claims to clarify his situation for his own benefit. The fact that this didn’t happen is worrisome for our country,” he explained.

But though he agrees that the problem in the Turkish media is largely due to politicians’ lack of respect for journalists, Dönmez also feels that the responsibility partially lies with journalists themselves. “It has always been like that; politicians slammed journalists, discrediting their questions. But have journalists stood up for their colleagues? The answer is no and this is also a problem,” he said.

When asked if he will sue Erdoğan for his insults, Dönmez remained ambivalent. “It’s worrisome that once he [Erdoğan] gets angry, he directs his rage at his target without first considering if there is any evidence. Therefore, I considered suing him. Lawyers I consulted told me that there is a strong basis for me to do so. But I probably won’t go ahead with it because I don’t want others to think that I am pursuing this incident to put on a show; in order to be popular.”

After being slammed by Erdoğan at the joint press conference in front of a huge audience this week, Dönmez made a request to ask one more question but he was denied the microphone.