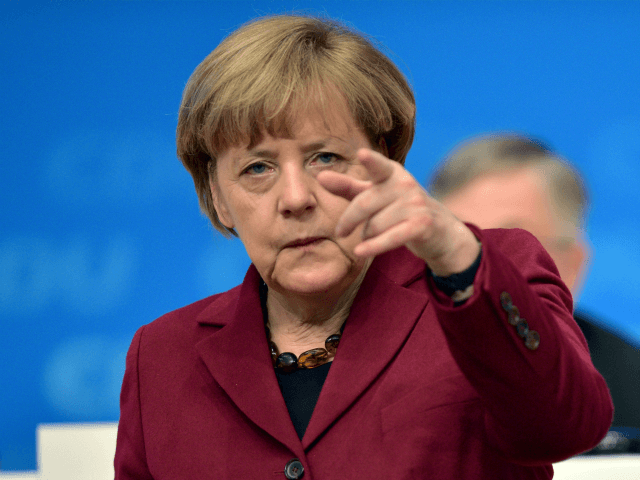 ANKARA, Turkey — Chancellor Angela Merkel of Germany emphasized the importance of freedom of opinion in talks with President Recep Tayyip Erdogan of Turkey on Thursday, during a visit meant to help improve frayed ties between the two NATO allies.

In her first trip to Ankara since a failed military coup in Turkey in July, Ms. Merkel said she had agreed with Mr. Erdogan on the need for closer cooperation in the fight against terrorism, including by the Kurdistan Workers’ Party, or P.K.K.

Germany and Turkey have been at odds over Ankara’s crackdown on dissidents since the abortive July 15 coup, as well as Turkish allegations, rejected by Berlin, that Germany is harboring Kurdish and far-left militants.

“In such a time of profound political upheaval, everything must be done to continue to protect the separation of powers and, above all, freedom of opinion and the diversity of society,” Ms. Merkel said at a news conference when asked about concerns over proposed constitutional changes that would strengthen Mr. Erdogan’s powers. She added that she had also raised the issue of press freedom.

Turkey’s allies, including Germany, fear that Mr. Erdogan is using the coup attempt as a pretext to curtail dissent, and Mr. Erdogan’s opponents fear that his planned constitutional changes will lead to an authoritarian state.

“It is out of the question for the separation of powers to be abolished,” Mr. Erdogan said of the proposals, which would replace Turkey’s parliamentary system with an executive presidency.

Mr. Erdogan also said that Turkey might provide evidence to the German authorities after around 40 mostly high-ranking Turkish soldiers who worked at NATO facilities in Germany were reported to have requested asylum.

“If the Gulenists involved in the coup are fleeing to Germany, the Justice Ministry may send information and documents,” Mr. Erdogan said, adding that the United States should take quicker action on an extradition request for Mr. Gulen.

Turkey’s defense minister has urged Berlin to reject the asylum applications and warned that a failure to do so could damage relations. Berlin has said the applications will be considered case by case.

Ms. Merkel, who later met with Prime Minister Binali Yildirim, said the two countries could do more together to fight the P.K.K., which is considered a terrorist organization by Turkey, the European Union and the United States.

“We talked in particular about how the P.K.K., and everything associated with it in Germany, is being observed,” Ms. Merkel said, “and how we’re also taking action against it, because as I said, the P.K.K. is, as a terrorist organization, banned in Germany, too.”

United Nations human rights officials expressed concern about the Albanian authorities’ treatment of two Turks wanted by Ankara, one of whom was rapidly expelled while the other awaits deportation in custody.