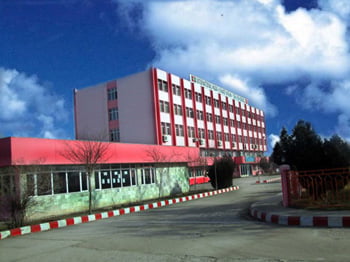 Officials of the schools have warned that the move would lead to closing the schools and damage the quality of education.

Afghanistan president Ashraf Ghani has agreed to hand over the Afghan-Turk schools, previously run by a pro-Gulen institution, to the Turkish Education Foundation which is a governmental institution.

This step has, however, not been welcomed by the affected schools.

Officials of the schools have warned that the move would lead to closing the schools and damage the quality of education.

“After this we will not have the 99% success rate in the Kankor exam or achievements in international competitions,” Ahmad Fawad Haidari, deputy director of Afghan-Turk schools said.

The primary stages of the handover have been completed and a source has told TOLOnews that the National Security Council (NSC) is responsible for the handover.

“The Government took the decision to accede to the Turkish government request. No department alone has done this, but it was a joint effort by government,” said Tawab Ghorzang, spokesman of NSC.

Afghan-Turk schools have been supporting by Fethullah Gulen, head of Gulen movement. After the failed military cope in Turkey, tensions between president Rajab Tayeb Erdogan and Gulen increased. Erdogan ordered all countries to handover the schools to Turkish government.

“Gulen is not owner of the schools, he has no direct impact on the schools,” Haidari said.

Afghan-Turk schools have built good reputations in education and their students have brought hundreds of medals to the country. Some say the government decision face serious reactions from the public.

Afghan-Turk schools have been active in Afghanistan in last 20 years and nearly 8.000 girls and boy students are studying at the schools.