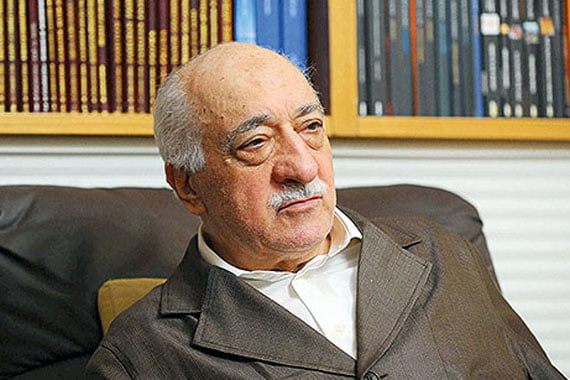 Fethullah Gülen’s name and social activism, inside Turkey and beyond, is the subject of widespread media and academic attention.

In the recent past, social and educational activities of the Gülen movement — or the Hizmet (service) movement, as it often called — have spread out to over 100 countries. Gülen’s reputation endures as teacher, preacher, imam and social activist illuminating and promoting the progressive face of Islam. Gülen and the Hizmet movement are supposed to advocate a human-friendly religion wherein non-Muslims are encouraged to view an image of “Islam without fear.” It also encourages fellow Muslims to come forward and participate in dialogue with the rest of the world. Gülen’s motivational speeches and writings suggest that the panacea for change and advancement of Muslim societies lies in education and material progress, and not in oppression, violence and hatred.

The upholder of these moderate ideas, the Hizmet movement, originated in Turkey and has spread over across five continents. In terms of institutional infrastructure, physical assets and capital, the Hizmet movement has registered an unprecedented growth in the last decade. So much so that it has felt its presence in diverse regions and cultures like Africa, Europe, the US, Canada, Australia, Central Asia and South Asia. In these regions, the Hizmet movement has been able to establish more than 1,000 institutions offering modern education with an exclusive emphasis on quality instruction in the subjects of science and mathematics. Public outreach activities of the Hizmet movement are not restricted to the realm of education but also include provision of welfare services, organizing debates and semi-academic conferences with a missionary agenda and active interaction with the local political, business and intellectual elite.

The global conditions against a backdrop of the tragic incidents of Sept. 11 and its aftermath have generated enormous demand for ideas, intellectuals, discourses and social movements within Islam that promote peace and tolerance, democracy and human rights. An exponential growth in the study and understanding of the Turkish-based Hizmet movement is no exception to this general trend.

The 54th annual meeting of the Middle Eastern Studies Association (MESA), held in Denver in November 2012, included a panel discussion on “Faith-Based Conservative Activism in Turkey: Fethullah Gulen as a Social Movement.” The panel attracted research studies on the Hizmet movement and its various educational and social activities, conducted at various geographical locations. The central concern of this session was to focus on the mobilization and impact of the Hizmet movement in Turkey and its expansion to various geographical locations in Africa, Central Asia and South Asia. The growing scope and breadth of the Hizmet movement suggests that it has become a highly influential Islamic-identity based organization extending well beyond Turkey’s borders. The summary of the session, available online, further states that Hizmet movement “loyalists have expanded their operations in the US where they are now very active in intercultural/interfaith outreach, commerce/trade, political lobbying, and charter school education,” and that the Hizmet movement’s “growth and impact both inside and outside Turkey is highly significant for Turkey’s emergence as a regional power in the 21st century.”1 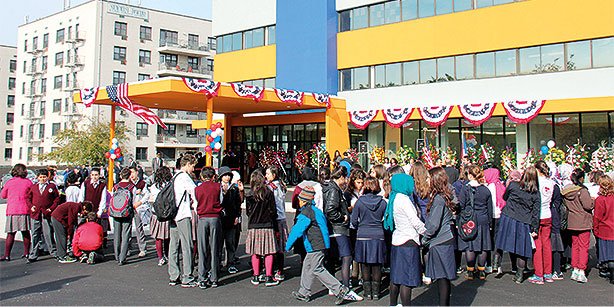 The Hizmet movement has established a network of schools around the world June 9, 2012 (Photo: Zaman)

Dr. David Tittensor (Monash University) presented a study on “Gülen’s Schools and the Changing Nature of Islamic Mission: Exploring the Teacher-Student Dynamic.” This study explored the empirical validity of the allegations leveled against Hizmet schools for “teaching Islam in secret classes.” The study confirms that such allegations have no empirical basis. Tittensor based his assertion on evidence generated from a rich database of face-to-face interviews conducted with teachers and graduates of the Hizmet movement schools across countries like Turkey, Central Asia, Russia, Indonesia and Africa. He found that the Hizmet movement is a non-traditional missionary organization which is “not interested in converting non-Muslims, and should be regarded as a revivalist movement, similar to Tablighi Jamaat.” The movement picks a select group of students who express religious inclinations during their formative years and then these senior students are trained to influence their junior students and thus act as proxies for their teachers.

Tittensor’s conclusion about the nature of Gülen schools, though, may be debated. He claims, “the schools are ostensibly secular in that they do not actively teach religion, but rather function as a staging ground for recruitment into the movement.” One can contest this conclusion by pointing to the fact that the alternative transmission mechanism (senior students as proxies for teachers) does not change substantially the nature of the schools themselves.

Since the Hizmet movement has emerged as social power in Turkey and is felt to be emerging beyond the country’s borders, the movement is not without its critics questioning its hidden agenda, if any.

Alexander R. Arifianto (University of Miami) conducted his study on “Globalization, Moral Authority Leadership, and Progressive Islamic Discourse: The Fethullah Gulen Movement and the Nahdlatul Ulama in Comparative Historical Perspective.” The research examined the role of “globalization of ideas in influencing the political discourse of progressive/liberal leaning Islamic groups” such as the Hizmet movement and Nahdlatul Ulama. Arifianto used a comparative history approach to compare and contrast the Hizmet movement with Nahdlatul Ulama in Indonesia. His conceptualization of “reform” consists of three-fold pathways: the straightforward reform pathway, the indirect reform pathway and the counter-reformation pathway.

He compares the Hizmet movement and its successful indirect reform pathway with the Nahdlatul Ulama and its straightforward reform pathway. In his study, the presence of moral authority leadership within Islamic groups serves as independent variable, while the organization’s institutional culture and the state-Islamic groups’ relationship are intervening variables. The reform initiated and concretized by members of the Hizmet movement as well as those of Nahdlatul Ulama followed different yet successful reform pathways. What is significant, according to Arifianto, is the role of a charismatic moral authority and institutionalization of new theological ideas for promotion of democracy, human rights and interfaith harmony. He used the framework of moral authority leadership to understand the Hizmet movement. Followers inspired by Gülen’s speeches and charisma move to transform his abstractions into concrete actions by launching numerous projects in the field of education, welfare, media and market. The Anatolian-based business elite funded these welfare projects.

Another study was conducted by Fulya Apaydın (University of South Florida). She researched the “Soft Power a la Turca?: Limits and Opportunities of Turkish Influence in Central Asia and Sub-Saharan Africa.” Apaydın provided an explanation for the strategic alliance between the ruling Justice and Development Party (AK Party) and the social Hizmet movement to maximize political and economic gains both within Turkey and abroad. According to Apaydın, at least two factors are responsible for this: one is the diminishing autonomy of the Turkish state under the AK Party and the other is the varying economic and political capacity abroad encountered by AK Party-Hizmet entrepreneurs seeking political and economic interests outside Turkey.

The reviewer’s own study, “Market-based but socially conservative post-Islamism: A case of Gulen movement in Pakistan,” explored the case of the Hizmet movement in Pakistan. The Pak-Turk schools and college network, a project of the Hizmet movement, has witnessed tremendous growth in the recent past in Pakistan. Gender-segregated Pak-Turk schools have been established in various cities such as Islamabad, Rawalpindi, Lahore and Peshawar. A dawah center, the Rumi forum, is engaged in preaching activism through various activities such as suhbat-e-janan, public lectures and organizing study tours by Pakistani intellectuals and columnists to Turkey. The partially funded study tourists then build a positive and an impressive image of the Hizmet movement in Pakistan. The activists of the movement attempt to pretend a more liberal and tolerant face of movement culture as well as Islam. In a number of interactions at various social settings, this reviewer had critical reflections on the ambivalent nature of their commitment to gender equality and freedom of expression.

The reviewer’s research aimed to explore if and how the activists of the movement promoted gender equality as well as freedom of expression? In dealing with such issues, how and in what respect (and why), is the Hizmet movement in Pakistan different from its Turkish counterpart? In other words, how does difference in social and political context (Turkey and Pakistan in this case) determine the movement’s approach to gender equality and freedom of expression? The study argues that the Hizmet movement is rooted in market for education benefiting from globalization and neo-liberal opportunity spaces in the realm of market, media and politics. The Hizmet movement follows a socially conservative agenda concerned less with direct Islamization of state institutions but more with increasing the movement’s share in the private schooling system in Pakistan. The social and educational activities of the Hizmet movement’s members at various geographical locations in Pakistan, the space it occupies in Pakistani media, its interactions with media and Pakistani business, social, intellectual and political elite as well as its promotion of Turkish language and Gülen ideas in Pakistani society indicate that the movement needs an understanding that extends beyond markets and schooling.