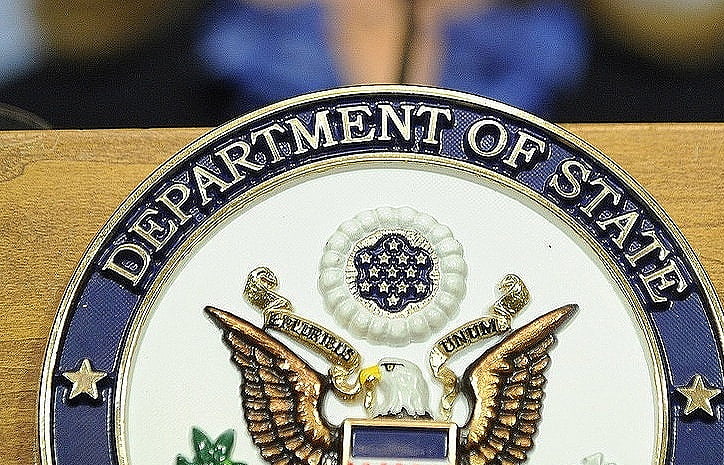 WASHINGTON, December 23. /TASS/. No investigation has been launched in the United States in connection with Turkey’s comments of the Gulen movement’s possible role in the Russian ambassador’s murder, a senior US Department of State official told TASS.

Russia’s Ambassador to Turkey, Andrey Karlov, was gunned down on Monday night at the opening ceremony of a Russian photo exhibition. His attacker was killed on the spot.

On Wednesday, Turkish President Recep Tayyip Erdogan said that according to investigators, an organization linked to US-based Turkish Muslim cleric Fethullah Gulen, was connected with the killer. Turkey also accuses Gulen, who has lived in the US for the past ten years, of orchestrating the failed coup in the country this summer and is seeking his extradition.

“It was a tragedy, and it’s being jointly investigated by Russia and Turkey. That’s the only investigation into that assassination that I’m aware of. There is no investigation here in the United States into that, nor would it be appropriate to do that,” the official told TASS Thursday.

“I’ve seen President Erdogan’s comments about the potential role of influence from the Gulenist network. I can’t speak for that because we are not party to this investigation and to the information that the investigators are gleaning,” he continued.

The official has again rejected rumors that the United States could be informed about preparations for the attack.

“We have said definitively is any suggestion that the United States was in any way involved or encouraging or inciting or knowledgeable of this plan or plot to assassinate the Russian Ambassador is absolutely ludicrous and false,” he said.

The source added that there were “only one investigation into that murder, and that’s by Russia and Turkey, and I’m going to let the Russians and the Turks speak to what they are learning in that investigation.”

Turkey’s President Tayyip Recep Erdogan said on Wednesday the investigators had uncovered a link between the killer of Russian Ambassador Andrei Karlov and FETO, an organization reporting to the exiled Islamist preacher Fethullah Gulen.

“This man [Mevlut Mert Altintas] was a member of FETO and there’s no need to cover the fact up,” Erdogan said. “The place where he grew up and his latest status are all but indicative of this.”

“It should be said openly members of that filthy organization can still be found in the ranks of our police and in the Armed Forces,” he said.

Erdogan recalled that a group of experts from Moscow was taking part in the investigative actions. “Investigators and our intelligence services are engaged in the process. I hope they will get the results shortly and we’ll make them public.”

“There are some shreds of data regarding (Altintas’s) connections abroad,” the Turkish president said.

Gulen denies any role in murder

Fethullah Gulen has denied his involvement in the assassination in a video address Thursday.

He accused Turkey’s government of defaming his movement, adding that “it is not possible for them to convince the world of such accusations.”

Gullen condemned the killing in a written statement Monday.