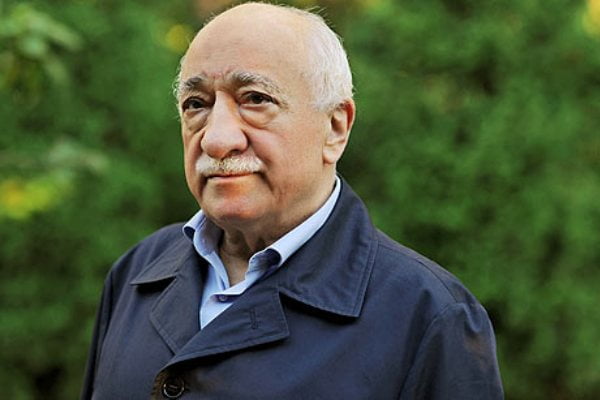 İSTANBUL
Mustafa Yeşil, chairman of the Journalists and Writers Foundation’s (GYV) executive board, in response to criticisms targeting prominent Turkish Islamic scholar Fethullah Gülen, said the curse uttered by Gülen did not have a direct reference and was poorly comprehended and highly manipulated by some who repeated it.

“No reference to an institution person or group can be found in the curse by Fethullah Gülen. Some circles and the ruling party officials confused it with wishing bad things on particular people,” Yeşil said.

He further explained that the circles who misinterpreted the curse and manipulated it have no good intention in making such manipulative interpretations of Gülen’s speech, accusing them of attempting to create hatred towards the scholar and the Hizmet movement he inspired. Such an approach cannot be deemed an innocent one while Gülen cursed no one in particular, Yeşil added.

“If you pay enough attention to the speech delivered by Gülen on Saturday, he included himself in the curse,” Yeşil said. He added that the conditional curse also targeted those who carried out the anti-graft operation and whom Gülen said he does not know personally. “The whole curse is conditional, with its addressee not specified, starting with ‘if,’ which means carefully avoiding misunderstandings. The circles which had difficulty in apprehending his words chose to distort his curse with claims saying: ‘The scholar betrayed the Muslims. He betrayed the government, as well as innocent people’ — which is something that Gülen could never do. He would never curse a human being, let alone Muslims.”

Yeşil concluded his speech by drawing attention to the point that Gülen put his heart into every good deed of the Hizmet movement, and so could never say something that would hurt Muslims.

The Journalists and Writers Foundation (GYV) has responded to a series of controversial claims and slanderous accusations that aim to associate the faith-based Gülen movement, also known as Hizmet movement, with the terrorist Kurdistan Workers’ Party (PKK), stressing once again that Hizmet rejects all kinds of violence.