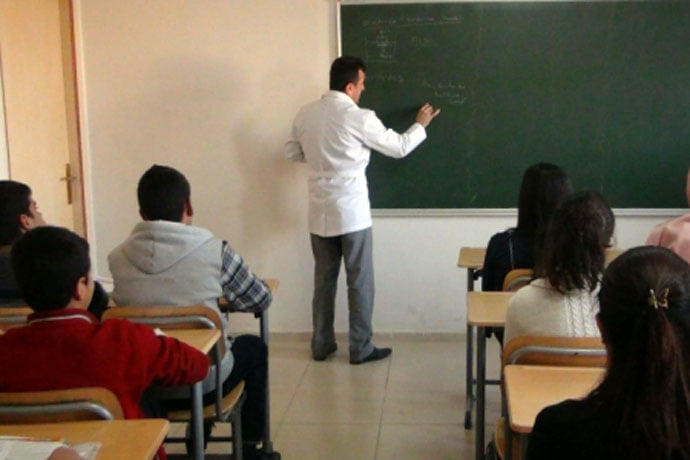 The government’s plan to close down private prep schools have a created an uproar at the Islamic scholar Fethullah Gülen’s movement. The plans have created a deep rift between the government and the movement.

Both the government and the Gülen movement have raised the stakes in the debate over a plan to regulate private prep schools, or dershanes.

The tension recently peaked, with Erdoğan describing the group’s objection to his government’s plans as a “smear campaign.”

“You can hear very bad things, but you should not retaliate. Nowadays, there’s something called Twitter. It is Allah’s mercy if it is used as a means of good things. But it is Allah’s damned thing if it sets people at odds,” Gülen told his followers in video footage released Nov. 25. “We should not hurt anyone even if we are hurt. We should always act in a conciliatory way,” Gülen said in the video titled “Hiç durmadan yürüyeceksiniz” (You will never stop walking).

“Hiç durmadan yürüyeceksiniz” was one of the hash-tags that became a trending topic on Twitter last week due to Gülen’s followers’ efforts in a recent social media battle between the ruling Justice and Development Party’s (AKP) supporters and Gülen’s followers over the prep school row.

Since the beginning of the public debate, both parties have launched an intense social media campaign to justify their support or objection to the move.

Ekrem Dumanlı, editor-in-chief of daily Zaman, which is known for its close ties with the Gülen movement, wrote an open letter to Erdoğan and urged him to review his decision.

“So if all these people are saying this is wrong, listening to them is not a weakness but a virtue. This is what the nation expects from you. Otherwise, it will take forever to heal the wounds that have been inflicted in their hearts. So is it worth it?” Dumanlı wrote in his letter published Nov. 25.

Only 20 percent of prep schools have the capability to be transformed into private schools, while the remaining 80 percent will have to transform into either private, open-education high schools, free public education centers or free study centers, Avcı said, adding that the government would give all kinds of incentives to smooth their way for transformation.

Avcı’s remarks came at a panel on developments in the education system, which was hosted by the Foundation for Political, Economic and Social Research (SETA).

The government’s move was protested at a meeting, which was hosted by the Education Ministry in the Antalya province on the Mediterranean coast Nov. 25.

The meeting was aimed at informing executives from private prep schools and study centers in Adana, Antalya, Burdur, Isparta, Karaman, Mersin and Osmaniye.

Delivering a speech at the opening of the meeting, Education Ministry Deputy Undersecretary Yusuf Büyük emphasized their goal was not to persuade anybody on the issue but was called so that they could solicit advice and proposals from executives about transforming the private prep schools and study centers, Anadolu Agency reported.

After Büyük’s speech was over, the meeting was closed to the press. In the meantime, some 100 representatives of private prep schools and study centers left the hall while applauding in protest.

Aydın Vural, speaking to reporters on behalf of the group, said the meeting was not aimed at consultation but was aimed at persuasion and imposition. Vural also likened the meeting to a theatrical performance.