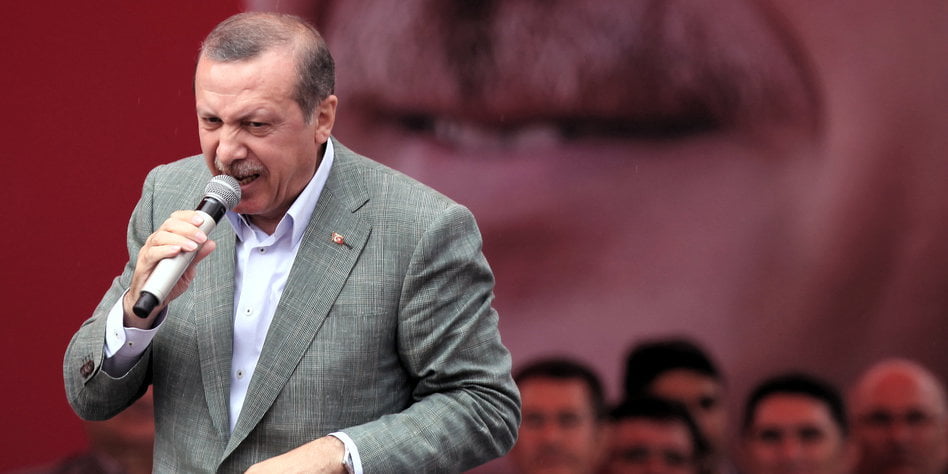 The murder of Andrew Karlov by an off-duty policeman in Turkey shocked the world. It was the first assassination of a Russian ambassador since 1829, when a mob egged on by Muslim clerics sacked the Russian embassy in Iran and shot Ambassador Alexander Griboyedov.

Turkish President Recep Tayyip Erdogan spoke to his Russian counterpart Vladimir Putin after the incident, and both agreed that they would not allow the incident to derail their rapprochement.

Karlov’s murderer was Mevlüt Mert Altintas, a 22-year-old off-duty policeman, who shouted, “Allahu Akbar” and then declared, “We die in Aleppo, you die here,” as he fired nine shots into Karlov.

Erdogan may depict the assassination as an aberration, but Monday’s violence will be the new normal for Turkey.

Altintas did not grow up in a vacuum. Five years ago, Erdogan acknowledged his goal was “to raise a religious generation.” Altintas is its product. He was seven years old when Erdogan came to power; his whole schooling was under Erdogan.

Beyond education, Erdogan’s biggest domestic mark has been the transformation of Turkey’s once robust media into an engine of state propaganda and conspiracy. Journalists who do not toe the line end up in prison, or worse. Altintas grew up upon a steady diet of Erdogan’s Islamist pronouncements and worldview repeated and endorsed in classrooms, on television, in newspapers, and even in the cinema. If Altintas believed his actions to be heroic, it was because Erdogan’s speeches depicted the Nusra Front, the Al Qaeda affiliate fighting in Syria, as defenders of Islam’s honor.

None of this should surprise us. Erdogan is not the first leader to use media incitement and religious radicalism for short-term gain, only to realize too late that he cannot contain the wildfire he unleashed.

Consider Saudi Arabia: For generations, Saudi schools taught and television stations preached conservative Islamism even as Saudi princes partied on the Riviera or skied in Switzerland. Saudi kings didn’t mind; they derived legitimacy from their role as the guardian of Islam’s holiest shrines. Even if they shirked responsibility for the fact that 15 of 19 hijackers on 9/11 were Saudis, the subsequent bombing campaign in Riyadh hit home. Today, Riyadh openly acknowledges its Islamist problem.

Or, there’s Pakistan: For decades, Pakistani elites ignored radical religious seminaries. They believed religion could be a glue to hold the country together or to inspire a cadre to harass rivals in India and Afghanistan. They ignored the cost: After all, fire-and-brimstone clerics as a problem limited to backwards, rural areas.

Once again, however, the fire burned out of control. In 2007, gunmen killed Prime Minister Benazir Bhutto. Eighteen months later, Pakistani Taliban invaded a district just 60 miles from the nuclear-armed state’s capital. Today, much of Karachi, Pakistan’s largest city and commercial capital, is a no-go area.

Then there’s Syria. Despite depicting himself as a secularist leader facing down Islamist radicals, President Bashar Assad was long their enabler. Captured documents show he transformed Syria into an underground railroad for foreign fighters and suicide bombers to enter Iraq. What Syria now faces is blowback, a crisis of Assad’s own making.

And, of course, there are the Palestinians: Palestinian television preaches hatred. Schools hide weaponry. Rallies lionize suicide bombers. What once Palestinian leaders may have seen as a strategy enabling them to demand additional concessions, they now recognize could imperil their own aging leadership more than Israel.

Dictators are arrogant. They see themselves as immune to history. They use religion and incitement for short-term gain, but seldom consider the long-term consequences. No leader has been able to escape blowback, however. If history is any pattern, the violence in Turkey is just beginning and Erdogan will not be able to contain it, even if he is inclined to try.

Michael Rubin is a resident scholar at the American Enterprise Institute