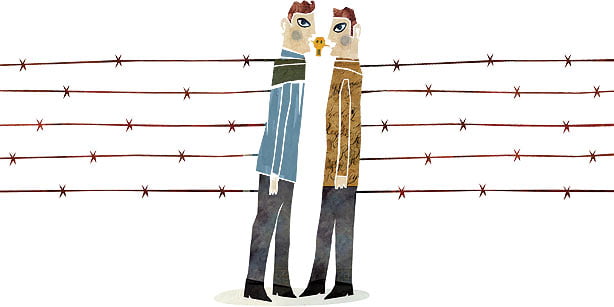 I should first note that the definition of hate speech as a crime in the recently announced democratization package and the Journalists and Writers Foundation’s (GYV) attention to respect for the sacred are two major important steps.

They are proper moves because, unfortunately, these issues attract little attention in our country. They are proper because one of our weaknesses as human beings is to vacillate between extremes and to fail to achieve balance.

There is no consensus among states on the definition of a hate crime. The blurred line between hate speech and a hate crime poses serious challenges regarding how to draw the line between hate speech and speech protected by freedom of expression, as well as the line between and hate speech and respect for the sacred. For instance, in the US, religious institutions are opposed to the expansion of the scope of hate crime laws to include homosexuals, arguing that religious officials would be unable to express their opinions on and religious approaches to homosexuality. The US is one of the countries where hate speech and hate crime are most frequently discussed. The FBI reported 8,208 hate crimes in 2008; 48 percent of them involved racial differences. Seventy percent of these racially motivated crimes were committed against black people, while the remainder targeted Hispanics, Jews, Muslims and whites. Sixty-five percent of the perpetrators were white, 15 percent Hispanic and 13 percent African American.

Actions that are motivated by prejudice

Why am I giving these figures? Because the hate crimes reported in the US reveal that Muslims have committed no such crimes in that country. As a Muslim, I am opposed to hate speech and favor a comprehensive law on this matter. And I would also hope that such a law would help some Muslims in our country correct their attitudes as well.

The commonly accepted definition of hate speech and hate crimes is action motivated by prejudice. The main point of departure in the adoption of such laws is racial hatred; in other words, this law and its discourse are focused on attacks made against a person because of his or her identification with a race and/or social group. For this reason, these crimes are referred to as racially motivated crimes in the West. Social groups include racial groups, religious groups, groups with different sexual orientations, ethnic groups and gender groups.

In addition, these laws provide protection from hate speech targeting physical appearance, language, color, family and age. In order for an act to qualify as a hate crime, intimidation, assault, verbal or physical abuse, aggressive letters, graffiti, emails or killing motivated by discriminatory beliefs is sought in the action.

The protection of five basic principles

Fundamental rights and freedoms should be protected from hate speech. But there are also things in human life that a person can choose. This means that a person can take on duties and responsibilities as a result of these choices. In this respect, human beings are responsible to God, their own selves, other people, other creatures and nature. These responsibilities may be fulfilled in two ways: The first is the promotion of the good and the second is discouraging evil. Islam states that this should be done physically, verbally and with the heart. Political authorities need to make laws to do the physical coercion; other people can oppose evil in their words or hearts. From an Islamic perspective, all this should be free of hate speech, insult and denigration. The Quran states that everyone should be known by the name they like most, that the best words should be spoken, that discussions should be carried out courteously and properly, that evil should be addressed with a nice attitude, that leniency should be practiced even when faced with cruelty and that gossip and libel should be avoided. In addition to these prohibitions, during the execution of a sentence, no word of insult can be spoken to hurt the person receiving punishment.

And I do not think that it is impossible to draw a sharp line between hate speech and respect for the sacred. Fundamental rights and freedoms are also duties and should be seen as such. This is man’s duty to God, his own self and other people as well.

The Quran states this fact in a verse that refers to the protection of faith and freedom as well as the sacred and the prohibition of hate speech at the same time: “And do not insult those who invoke other than God, lest they insult God in enmity without knowledge. Thus We have made pleasing to every community their deeds. Then to their Lord is their return, and He will inform them about what they used to do.” Respect for religious belief and for the sacred is considered a fundamental right and freedom that applies to all. Therefore, if I exercise this right for myself, others should be able to do the same. Considering that religious belief is a fundamental right and freedom, it cannot be subjected to hate speech; this leads to a response by others that will culminate in conflict.

A person may view his own belief and thought as more proper than others; he may defend and promote it; if others are willing to listen, he may explain it to them. But when doing this, he cannot insult or denigrate the others and their beliefs. Likewise, a view or belief can be defined or criticized by scholars; but this cannot come in the form of insult or denigration. Therefore, freedom of expression cannot be taken as a justification to physically or verbally assault the sacred, the beliefs and thoughts of others or the freedoms and rights of others, as noted above.

As a separate matter, I would also like to discuss whether or not holy books include hate speech. Holy scriptures do not include any hate speech whatsoever. I want to clarify some misunderstandings on this matter here. The notion of kafir (unbeliever) is just a definition, like the word Muslim; it does not connote insult or denigration. For this reason, such notions cannot be used as a means of insult. In another typical example, the Quran states that unbelievers are unclean. But this is not used as an insult; the Quran uses this term in a legal sense, because this statement is followed by a warning that they should not enter Masjid al-Haram. Not even Muslims are allowed to pray in mosques before performing a specific cleaning procedure (ablution). If such words are used as a means of insult in a given language, other terms should be chosen.

The Quran makes specific mention of prophets and people who should be taken as models, whereas it does not mention the names of people it considers evil. For instance, pharaoh, which is used in our language as an insult, is a generic title for the rulers in ancient Egypt. Our Prophet never made a statement of insult or denigration against the nonbelievers in Mecca who fought against him.

In conclusion, hate speech should be defined as all statements and remarks that insult or denigrate people, thoughts or beliefs; the things people hold as sacred; and the freedoms and rights associated with them. And freedom of thought and expression should not be used to justify acts of hate speech.