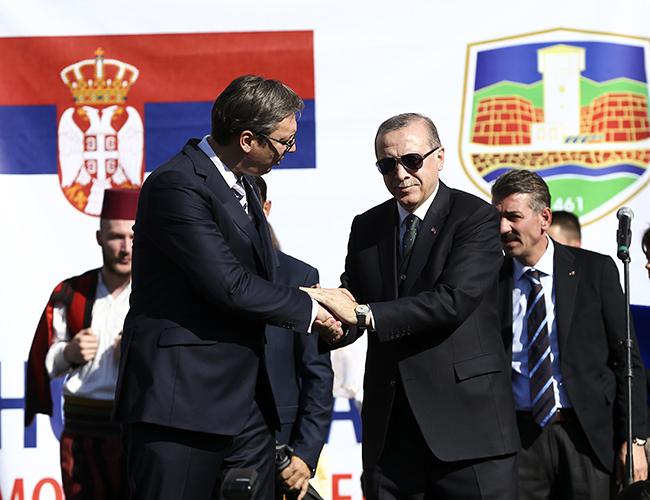 “We will root out this treacherous gang called F..Ö from the Balkans, just as we did from our country,” Erdoğan said alongside his Serbian counterpart Aleksandar Vucic.

F..Ö is a derogatory buzzword, coined by President Recep Tayyip Erdogan who calls the Gülen movement as Fethullahist Terrorist Organization, a clear reference to Fethullah Gulen, the US-based cleric who inspires the group.

Turkish government accuses the movement for masterminding a coup attempt on July 15, 2016.

“One of the first leaders that supported us on the night of July 15 was Vucic. I cannot forget Vucic’s support after the coup attempt. I know what kind of struggle my dear friend has given against F..Ö,” he said, adding that “Turkey’s trust and confidence in Vucic is absolute on the issue.”

Erdoğan also said local people are “paying the price of chaos” for clashes that “erupt with the provocations of exterior powers” in the Balkans, urging the people of Balkans to “unite.”

“The more you unite, come together and be brothers as the Balkan peoples, the stronger, safer and more prosperous you will become,” he added.