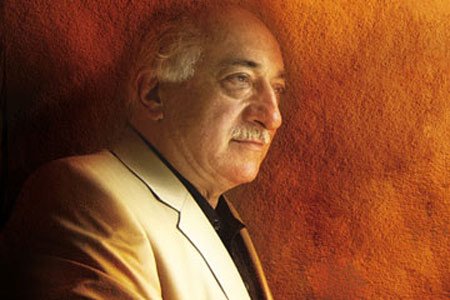 PIOUS people in eastern Turkey, where Fethullah Gulen was born, are eager to praise him. Before hearing the preacher’s words 12 years ago, “I led a life full of women and alcohol,” admits Unal Sahin, a jeweller in Erzurum. Under Mr. Gulen’s guidance, he became devout and generous, helping a university in Georgia, and schools in India and Azerbaijan. “The more I gave, the more business grew,” he says. His wife, meanwhile, donned a scarf.

Gulen-affiliated groups in Istanbul can seem quite liberal—with bare-headed and headscarved women mingling happily. But the social pressure for pious ladies to cover their heads, and generally behave in a conservative way, is overwhelming in places like Erzurum.

When Gulen-minded couples exchange visits, “the men sit in one room and we sit in another, we’re more comfortable that way,” explains one member of a scarf-wearing Gulenist sisterhood that does door-to-door preaching. “Our husbands don’t mind that we aren’t home during the day…they know it’s because we are doing good for the cause,” she insists.

A place where piety’s rewards have yet to appear is Mr Gulen’s home village of Korucuk, east of Erzurum. Apart from a new mosque, its buildings are made of mud, stone and thatch. But its 600 souls are proud of the hamlet’s famous son. “God be praised, our village is all Muslim, and we don’t have the evil internet,” says Necdet Gulen, Fethullah’s cousin.

Yet for all the admiration he attracts, many details of the preacher’s life remain elusive. Before moving to the United States a decade ago, he had to play a cat-and-mouse game with the authorities. Shortly after his emigration, he was tried in his absence for “undermining secularism”. This followed the leaking of a tape in which he appeared to urge his followers to take over the state by stealth. (He said the tape was doctored.) The trial dragged on for many years; he was cleared in 2006, but an appeal court then reopened the case.

A key asset of the Gulenist network in Turkey, which includes a university, a newspaper and a raft of small and large businesses, is a chain of dormitories for students. There is a familiar pattern in which youngsters turn to the movement for accommodation and then agree to follow a regime of fasting and prayer.

Many of Turkey’s police are believed to be Gulen sympathisers—an interior minister once gave a figure of 70%—but the army remains highly suspicious. The movement is “apolitical” but has links with almost all Turkish political parties, save the main secular opposition. The Gulenists have lots in common with the ruling Justice and Development (AK) party, and they co-operate, but their interests are not identical. Rumour has it that Recep Tayyip Erdogan, the mildly Islamist prime minister, is holding back from replacing the Istanbul police chief for the simple reason that the Gulen movement wants the change—and he doesn’t want to seem beholden.

23 April 2012 / NURULLAH KAYA, GAZIANTEP A number of books by Islamic scholar Fethullah Gülen, which have been translated into many other languages, are now available in Kurdish. Gülen has written many books on a variety of religious and Islamic topics that attract a large number of readers from all around the world. In […]