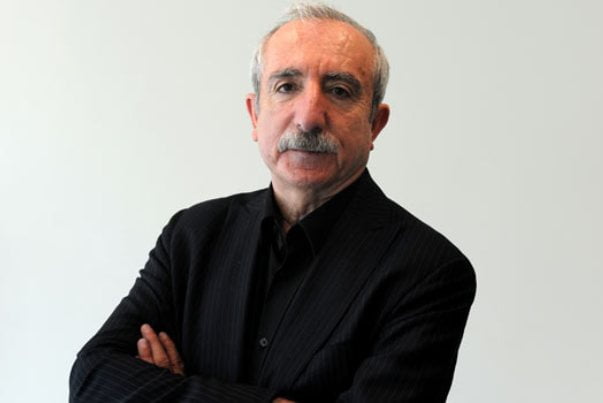 I am definitely someone who is curious about how the Gülen (Hizmet) movement’s educational institutions, which are all over the globe, are going to be affected by the developments in the wake of the events of Dec. 17.

After all, we are talking about schools, preparatory schools, and thousands of teachers and students — an enormous network.

I’ve had the opportunity to see some of these schools in both Arbil and the US. The schools I saw in Arbil offered only limited space in their classes, and so it was not easy for prospective students to register. Offering a high level of education, the Gülen schools in Arbil were very popular; many people were interested in getting a spot at one. It was clear that at least a portion of the staff set to lead Kurdistan in the future were being trained at these schools.

I also noticed that the newly developing Kurdish bourgeoisie was making a real effort to get their kids into these schools. In any case, this was the situation in Kurdistan; I doubt that it is much different in, say, Kazakhstan, or other places where the Gülen schools are present.

Recently, a well-respected academic who I encountered in Ankara — someone who is not a member of the Gülen movement — noted that there is a certain worry outside of Turkey in regards to the fate of the educational institutes being run by the Gülen movement. He underscored his belief that some precautions need to be taken to see that these schools are not harmed by the ongoing developments as a result of the Dec. 17 corruption investigation.

It barely needs to be mentioned that the Dec. 17 period has deeply affected and saddened the many thousands of workers and volunteers connected with the Gülen movement.

It is not very difficult to guess that thousands of these people are now engulfed in the deepest sense of sadness and disappointment at what is happening.

Most likely, these are people who are busy thinking hard about what the future will bring to the teaching institutions to which they have dedicated so much time and effort, and how the damage that has been done can be repaired.

Yes, these are like the silent majority of the Gülen movement, and they are now waiting for the storm to die down.

In the meantime, as Deputy Prime Minister Bülent Arınç mentioned just last week, in countries where official Turkish envoys had remained passive, and where there is really no history of diplomatic relations with Turkey, the Gülen movement was able to form relations that opened the path forward for the Turkish government, which was, in the end, a great advantage for Turkey.

It is perhaps too early to detect the real damage that has been done. But when one observes what has happened thus far, it is not difficult to say that it is the Gülen movement that has emerged from all of this the most damaged. And what’s more, there is clearly an aspect to this damage that concerns everyone in Turkey. Because, after all, those schools — scattered all over the globe — are feathers in the cap not only of the Gülen movement, but of Turkey as a whole. Might there be a move soon towards mutual peace on these fronts? It looks exceedingly difficult. In fact, those speaking of peace are viewed askance these days. Of course, even at the end of the fiercest of wars, peace does come, if at a price. I say, let us not forget this truth.

Fethullah Gulen: As I have stated earlier, I have long called ISIS, al-Qaeda, Boko Haram, Murabitun, and many other organizations terrorist, maybe fifty times. And I have said a Muslim cannot be a terrorist; a Muslim can never engage in terrorism.