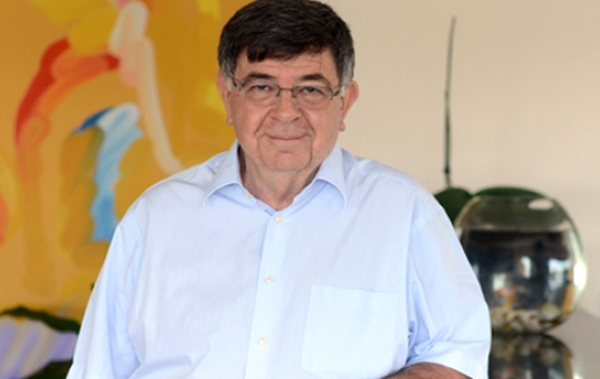 One of the main aims of the Gülen movement, a faith-based social movement inspired by religious scholar Gülen, is to contribute to the social and economic development of Turkey through educational activities.

Colleagues and friends ask me, “What is the reason for the feud between the government and the Gülen movement and between Prime Minister Recep Tayyip Erdoğan and Fethullah Gülen?” This is, briefly, my response.

In Turkey the demand for education is very high. Universities are unable to meet the demand and there are wide discrepancies between the quality of education provided by schools at large. This leads to intense competition in entrance examinations for secondary schools and universities. Families, like in many other countries, send their children to cram schools to better prepare for the competition.

One of the main aims of the faith-based social movement inspired by religious scholar Fethullah Gülen is to contribute to the social and economic development of Turkey through educational activities. The Gülen movement has built a global network of educational institutions ranging from cram schools to universities. A very important part of this network is the schools that build bridges between Turkey and about 120 different countries in all regions of the world.

The Gülen movement (“Hizmet” in Turkish) is not at all a political party, but it has a profound political impact on Turkey and also the world. This is because Gülen is the contemporary representative of the liberal and tolerant kind of Islamic tradition in Turkey. He opposes fanaticism and violence, advocates interfaith dialogue and peaceful relations between peoples and thus has a unique place among Muslim leaders. People inspired by his teachings stand for peace, democracy, human rights, rule of law, and respect for the rights of religious and ethnic minorities in Turkey. The Hizmet movement is a civil society force for the consolidation of democracy.

The Justice and Development Party (AKP)

The Justice and Development Party (AKP) government, on the other hand, has a record of great achievements in Turkey. In his first two terms, Prime Minister Erdoğan introduced reforms that have led to substantial economic growth, improved the country’s human rights record and international prestige. Since his third general election victory in 2011, however, assuming that he has consolidated power, he behaves as if he alone knows what is best for the country and wants to establish his personal control over state and society in Turkey. The best expression of his intentions is his so-far failed initiative to establish a “Turkish-style” presidential system which will effectively monopolize power in the executive.

In his drive to shape society according to his personal priorities, Erdoğan has laid his hands on almost every sphere. Through his leverage over media barons dependent on government favors in a wide range of commercial interests, he gets critical journalists fired. He determines which companies are to be favored in public tenders, sends tax inspectors to companies owned by people whose behavior he disproves of, orders the forceful suppression of protest demonstrations and threatens civil society actors by telling them: “You are either with me or against me. … Those who do not take sides will be set aside.” When critical voices are raised from his party ranks, he retorts, “Don’t serve the enemy!” and has them expelled.

Erdoğan’s most recent initiative to bring civil society under control is draft legislation to close down private cram schools under the pretense of transforming them into proper schools. He effectively wants to suppress the demand for educational support which under no condition is likely to go away without substantial improvement in the supply and quality of services provided by the current school system. At this point, the Hizmet movement (aka The Gülen movement), which operates about a fourth of the nearly 4,000 cram schools, is strongly opposed to the effort to close down the sector by law which would inevitably lead to a great part of the personnel involved losing their jobs. It rightly defends that the effort is a violation of the right of private enterprise. If improvements are indeed necessary in the sector, reforms need be introduced in consultation with the stakeholders. Imposition is surely not a democratic method.

Mr. Erdoğan has to respect the autonomy of civil society, which is mature enough not to tolerate increasing intrusions.