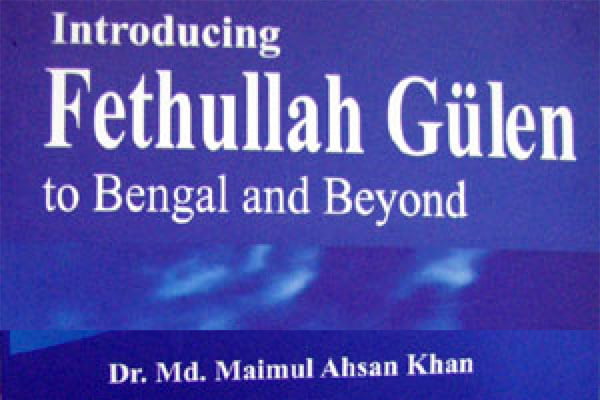 A ceremony celebrating the publication of a book called “Introducing Fethullah Gülen to the Bengal and Beyond” by Professor Maimul Ahsan Khan was held at the Turkish Cultural Center in Dhaka on Saturday.

Focused on the life, ideas and work of Gülen, who was selected as the world’s top intellectual by the Foreign Policy journal in 2008, Khan’s new book was published both in English and Bengali. Leading academicians, reporters and respected invitees from all walks of life attended the ceremony.

Stating that they are greatly impressed by Gülen’s ideas, participants discussed Gülen and the newly published book. Issues such as dialogue, tolerance, contribution to world peace and efforts to advance education were mentioned during the speeches.

Explaining how he wrote the book, Khan said writing about Gülen’s ideas is not an easy task. “I have written numerous books. However, it was the first time that I have had difficulty writing a book. I came to understand that it is beyond my strength to explain Gülen. My friends in Europe said Turks have attempted to conquer Europe many times in history and they will again try to do the same. They said this time they will conquer the hearts of people, and this will be through the valuable ideas of Gülen,” Khan said. Cihan

Turkish Islamic scholar Fethullah Gülen has thanked those who expressed their condolences following the death of his brother, Hasbi Nidai Gülen, last week. Gülen’s brother died on Friday morning at a hospital in Ankara, where he was receiving treatment for lung cancer. He was 66. Hundreds bade him farewell at funeral ceremonies held in Ankara […]