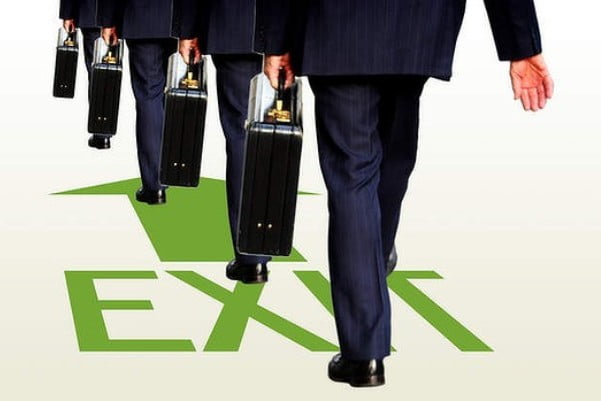 İSTANBUL
The government’s massive purges in the police and judiciary after the eruption of a corruption and bribery scandal has spread to other ministries, as some people, who have been secretly profiled and said to be part of the Hizmet (Service) movement, are being discharged from their positions, and the new people replacing them have been meticulously examined to determine if they have any connection with the movement, the Radikal daily reported on Sunday.

Personnel employed during the terms of former ministers Sadullah Ergin, Suat Kılıç, Fatma Aliye Şahin and Nihat Ergün have been changed to a great extent, while the traces of former Environment and Urban Affairs Minister Erdoğan Bayraktar are being eliminated almost completely, said the report. The only former minister whose cadre saw little or no change was that of EU Affairs Minister Egemen Bağış.

Radikal said the only criteria in these purges is the “parallel state,” a term the government uses to define those bureaucrats known to favor the Hizmet movement, which is a grassroots movement based on voluntary participation to spread interfaith dialogue and tolerance with a particular emphasis on education. The government has been at odds with Hizmet, but it has burnt its bridges since a corruption and bribery operation started on Dec. 17. Belonging to the Hizmet community is not necessary to be purged. Having any kind of sympathy with the movement is also regarded as sufficient reason for elimination from a post.

Radikal provided some names of people who have been removed from their posts and appointed to lesser positions. For instance, it said the undersecretary of the Ministry of Youth and Sports, Hakan Hakyemez, was replaced with Faruk Özçelik, general director of the Prime Ministry’s department of personnel and principles. By the time Today’s Zaman went to print, however, there was no official confirmation or denial about this information. Hakyemez was still being shown as the undersecretary on the website of the ministry. There will soon be more appointments within the ministry, the story claimed.

Radikal also asserted that Mustafa Öztürk, a former deputy of the Justice and Development Party (AK Party), would be appointed as the undersecretary of the Ministry of Environment and Urban Affairs. For now, four top bureaucrats lost their seats in the Ministry of Science, Industry and Technology, Radikal reported, adding that the government is planning to make sweeping changes in the Scientific and Technological Research Council of Turkey (TÜBİTAK) and the Small and Medium Industry Development Organization (KOSGEB).

Fikri Işık, the newly appointed science, industry and technology minister to replace Ergün — in what was perceived as a surprise change in the latest Cabinet reshuffle — has already dismissed two deputy undersecretaries along with two general directors.

Radio and Television Supreme Council (RTÜK) has suspended 20 TV shows of the Samanyolu Haber TV news channel, its Editor in Chief Metin Yıkar announced via his Twitter account on Saturday. The RTÜK penalty came days after Prime Minister Recep Tayyip Erdoğan vowed to finish off the Hizmet Movement and its affiliates, including the Samanyolu Haber TV.