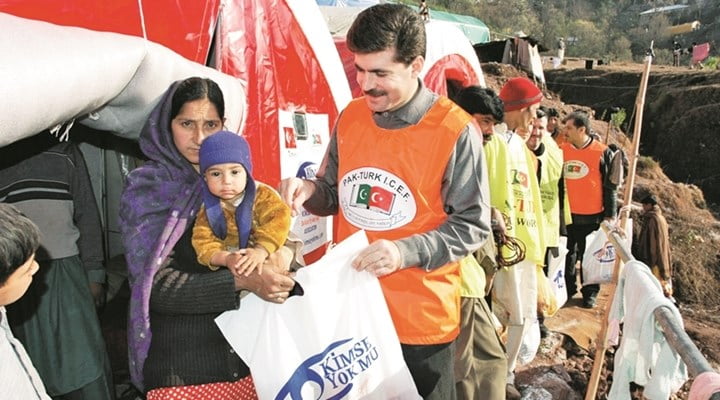 Despite all these negative steps against the nonprofit, the number of volunteers continues to increase each day.

While the volunteers number was 56,000 in early October, the number of volunteers now is in the 160,000s in November. Kimse Yok Mu announced that daily average registrations had reached an average of two thousand.

Kimse Yok Mu authorities stated the increase in volunteers is meaningful for the organization during the obstacles due to smear campaigns.

Kimse Yok Mu is a UN-registered nonprofit which provides aid to 113 nations across the globe from more than three million donors. It is strongly affiliated with the Hizmet movement of Islamic Preacher Fethullah Gülen.
The root of the government’s smear campaign lies in the 17-25 December corruption probe in 2013 against individuals in the immediate circle of the ruling party, on charges of bribery, fraud, embezzlement and illegal gold smuggling with Iran.

The AK Party had responded by purging the judiciary and the police force, denying the charges as a conspiracy to undermine the government. He has gone further to blame the Hizmet Movement for orchestrating the probe.