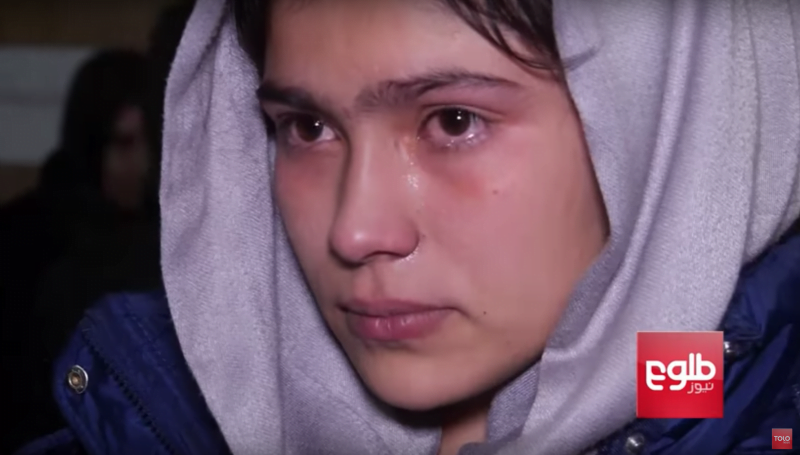 TOLOnews reporter Samim Faramarz has interviewed family members of one of the teachers of the school who was detained with his colleagues this week.

Yavoz came to Afghanistan with his family 14 years ago and opened a restaurant. The restaurant has provided jobs for at least 1,000 people.

“Our goal from opening the restaurant has been to provide jobs for Afghans. All the employees of the restaurant are our Afghan friends and they respect my husband. No one has been hurt by him. We trust in Afghan government that it will return him to us,” Zahra said.

Yavoz has four children. His youngest child was born in Afghanistan. His two sons are students at Kabul University.

Yavoz and his two colleagues had submitted their asylum applications to the United Nations office in Kabul.

Meanwhile, Afghan politicians criticized the detention of the Afghan-Turk teachers and the raid on the school.

“The Afghan government has not an independent foreign policy and has always been subordinated to pressure,” Anwar ul-Haq Ahadi, chairman of the New National Front of Afghanistan, said.

Presidential Palace refused to comment on the fate of Yavoz and two other teachers.

“If the security forces’ act has worried the students or their parents, we are sorry about it. The schools and their educational plans will normally continue in collaboration with the Ministry of Education,” President Ashraf Ghani’s spokesman Shahussain Murtazawi said.

“Unfortunately, we do not have any information about their (the teachers’) location and no department wants to give us information in this respect and they do not have access to defense attorneys,” said Fawad Haidari, deputy head of Afghan-Turk schools.

Reports say that Ankara has asked Kabul to handover the individuals to the Turkish government. But the two countries have not signed extradition agreements.

It is said that if Afghan government handover these individuals to Turkish government, it will be a move which happens for the first time in the country and will be an unprecedented act. Even at the end of the Second World War, Afghanistan did not accept to handover Nazi Germany diplomats to the conquerors of the war.