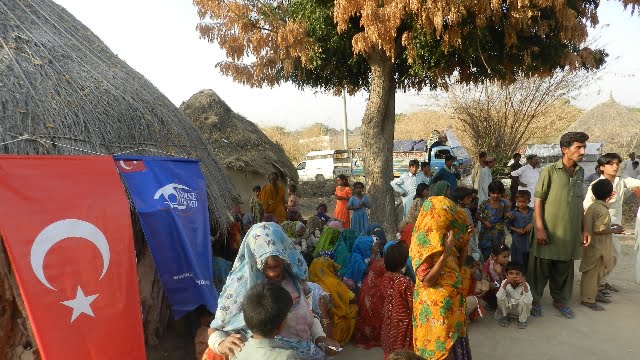 For more than six months, Kimse Yok Mu has delivered 18 tons of food supplies to Pakistan. Lastly, the association reached out to Tharparkar, where 183 people, including 105 children, die of starvation.

The volunteers of the Kimse Yok Mu were welcomed with a great joy by the locals in the city. 730 packages of food assistance were distributed to people.