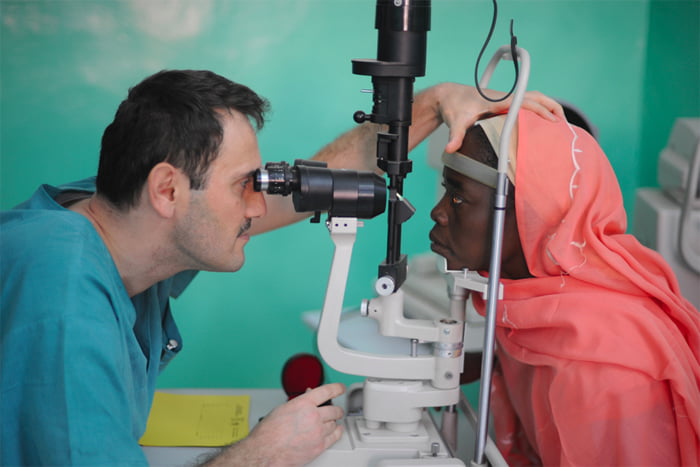 Doctors with the Global Doctors Movement (Küresel Doktorlar Hareketi) and medical students from the Healing Hands Club of Şifa University have treated 65 cataract patients in Cameroon, Mali, and Somalia.

The doctors and medical students recently offered free medical treatment in city hospitals as well as in villages where medical services are scarce. In addition to performing surgery on a total of 65 cataract patients, because of fundraising efforts before the trip, the medical teams were also able to distribute 555 kilos of medical supplies, medicines and toys.

The Global Doctors Movement is a group that has 20,000 members and many subsidiary associations across Turkey, and has performed more than 300,000 medical check-ups and some 15,000 surgeries in more than 40 countries in the past couple of years.

Şifa University is a foundation university in İzmir that is centered on the field of healthcare. It is associated with the Şifa Group hospitals.

After their return from Africa, Şifa University held a ceremony on Tuesday to celebrate the accomplishment, where Healing Hands Club Chairwoman Hande Şükran Toparlı spoke. “Our ‘Cataract and Health Survey in Africa’ campaign has been completed. We went to three African countries and the Küresel doctors helped those in need of healthcare. In these countries, it costs $100 to have [this] eye surgery. The Healing Hands Club was able to offer surgery to 65 patients in only three weeks, at no cost to the patients,” Toparlı said. The event also featured a display of photographs from the doctors’ visits.