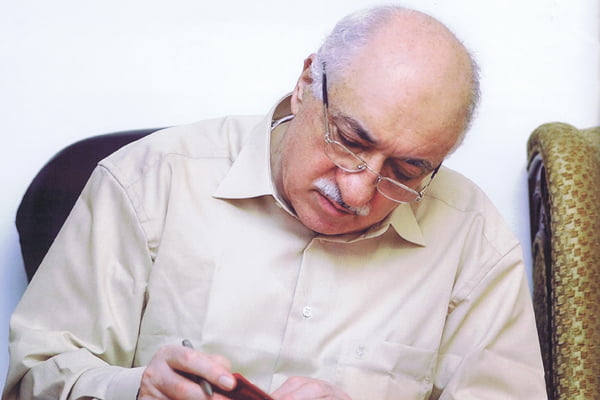 In the aftermath of the bombing and shootings in Paris and the mass murder, beheadings and destruction in Syria and Iraq by the terrorist group Islamic State (also ISIL, ISIS, Daesh), some in the international community has reacted negatively against all Muslims. In his article recently published in the French daily newspaper Le Monde, Turkish Islamic scholar and founder of the Hizmet (Service) movement, Fethullah Gulen not only promoted peace and understanding, but also counseled Muslims to critically review their understanding of Islam.

Gulen stated that Muslims must categorically condemn the ideology propagated by terrorists and instead promote a pluralistic mindset with clarity and confidence. “After all, before our ethnic, national or religious identity comes our common humanity, which suffers a setback each time a barbaric act is committed. French citizens who lost their lives in Paris, Shiite Muslim Lebanese citizens who lost their lives in Beirut a day earlier and scores of Sunni Muslims in Iraq who lost their lives at the hands of the same terrorists are first and foremost human beings. Our civilization will not progress until we treat the suffering of humans regardless of their religious or ethnic identity as equally tragic in our empathy and respond with the same determination.”

He noted that Muslim citizens of Europe want to live in peace and tranquility, and despite the negative climate, they should strive to engage more with their local and national governments to help work toward more inclusive policies that better integrate their community into the larger society.

Gulen urged Muslims to critically review their understanding and practice of Islam in light of the conditions and requirements of our age and the clarifications provided by our collective historic experiences. “This does not mean a rupture from the cumulative Islamic tradition but rather, an intelligent questioning so we can confirm the true teachings of the Quran and the Prophetic tradition that our Muslim predecessors attempted to reveal.”

He pointedly reminded everyone that “what we are witnessing is not a clash of civilizations, but rather the clash of humanity with barbarity in our common civilization … The true test of belief is not slogans or dressing up in a certain way; the true test of our beliefs is in living up to core principles shared by all major world faiths, such as upholding the sanctity of life and respecting the dignity of all humans.”

According to Gulen, Muslim thinkers and intellectuals should encourage a holistic approach and reconsider jurisprudential verdicts of the Middle Ages that were issued under perpetual conflict where religious affiliation often coincided with political affiliation. Having core beliefs should be distinguished from dogmatism. “It is possible, indeed absolutely necessary, to revive the spirit of freedom of thought that gave birth to a renaissance of Islam while staying true to the ethos of the religion. Only in such an atmosphere can Muslims effectively combat incivility and violent extremism.”

In conclusion, Gulen stated: “Our responsibility as Muslim citizens is to be part of the solution … If we want to defend the life and civil liberties of Muslims around the world and the peace and tranquility of every human regardless of their faith, we must act now to tackle the violent extremism problem in all its dimensions: political, economic, social and religious. By setting virtuous examples through our lives, by discrediting and marginalizing the extremist interpretations of religious sources, by staying vigilant toward their impact on our youth, and by incorporating democratic values early in education, we can counter violence and terrorism as well as totalitarian ideologies that lead to them.”

We pay tribute to the honorable life and legacy of Nelson Mandela, who devoted himself to the principles of peace, democracy, social justice and equality. Faced with extraordinary challenges and adversity, he chose reconciliation over retaliation and, in doing so, set an example of living a more noble life.