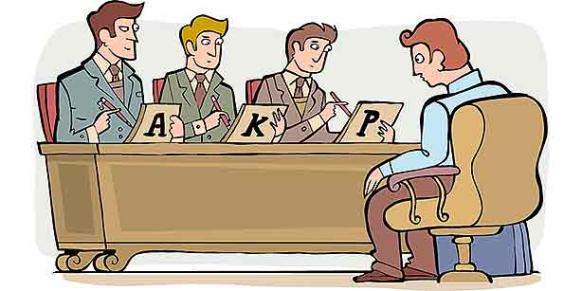 Turkey’s Ministry of Education has been sending students to complete their graduate studies abroad for the last seven years on scholarship. The ministry aims to reach 5,000 students, adding about 1,400 students this year. The scholarships cover health insurance, travel expenses, registration fees and four or six years of graduate tuition fees along with living expenses. The cost of a student is approximately between $35,000-$50,000 annually. The scholarship is issued as long as students agree to work for twice the amount of time as their studies at a state university upon returning.

Similar projects are being done mostly by developing countries. These countries send students to developed countries with the intent to increase the quality of academic cadres at public funded universities.

As never before, this year the ministry conducted interviews to select students as a last point of control. Academic competence is not a sufficient condition to get scholarships anymore. As expected, the interviews turned into witch-hunt sessions.

Three officers conducted the interviews. One of them was supposedly the Justice and Development Party (AK Party) representative who confirms the scholarship.

A participant came and told me how a session was held. When I learned the interview questions, I decided to share them. But before, I confirmed the questions with two more students just to be sure.

-Are you a Gülenist? You look like a Gülenist by your silence, your glance and your stance. Are you one of them?
-Are you a pious person? Where does your piety come from?
-Which communities and associations are you in contact with?
-Do you follow President Erdoğan and Prime Minister Ahmet Davutoğlu?
-Recently, President Erdoğan gave an award to a Marxist intellectual. What was the award for? How did intellectual thank the president in his speech?
-Which newspapers do you follow? Which columnists do you like? What was one of their recent articles about?
-Which intellectuals do you appreciate and keep up with? Can you name five of them?
-What is the latest book you reading? Which publisher published the book? What was it about?
-What television channels do you watch? What political discussion programs do you follow?
-Who is the most prominent religious figure in Turkey?

In Turkey, these types of questions have been asked mostly at interviews for entrance at Turkish military schools. So, the questions show how the mindset of the AK Party has met with Kemalist ideological instruments.

People try to sound like an AK Party voter or sympathizers to get privileges. The AK Party is making people hypocrites.

Turkey’s brains and intellectuals have already started to plan their leave from the country. They are not no longer putting up with the AK Party state. Turkey will pay its consequences seriously.

The AK Party transformed Turkey into a party-state. We should all find a way to make a contract that does not allow anyone to make Turkey a party-state.