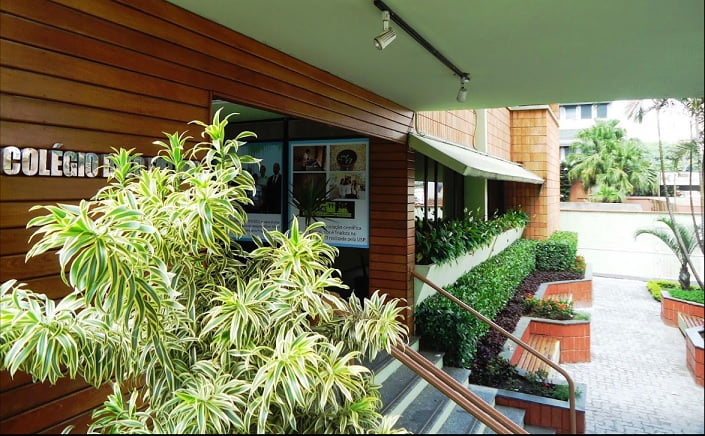 “We are not a school intended for a single a community. We are a Brazilian school that has the distinction of teaching in Turkish and in which students are accompanied by tutors,” says Enes Acar, managing director of the school.

According to Acar, at least once a year tutors visit the homes of students to meet their families, which is not a common practice in other schools in the country. These visits are made mostly by teachers of Turkish nationality – 7 out of 24 – who work full time in the school.

The connection with the Hizmet and with the ideas of religious leader Fethullah Gülen, Acar says, happens in defense of values promoted by the movement, such as interreligious and intercultural dialogue. He added that the school is financially independent and does not report to any centralizing institution.

The bell for the break rings: it is an excerpt from Kâtibim, a popular Turkish song.

Another branch of the Hizmet in Brazil is the Turkish-Brazilian Cultural Center [CCBT], which provides courses of Turkish language and culture as well as Portuguese to Turkish immigrants living in Brazil.

Headquartered next to the Paulista Avenue, the center has branches in Rio de Janeiro, Brasilia and Istanbul.