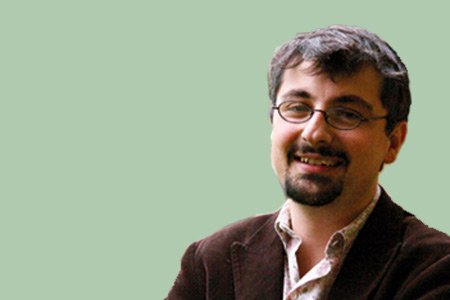 Gülen will not return to a society that is expecting him as the Savior or the true representation of Turkishness or the antidote to current political failures. Although it is true that Gülen’s imminent return would cause tensions, it would only be tensions created by political interest groups which would use his presence for their own ends.

Last week, Fethullah Gülen, the leader of one of the most dynamic and influential religious movements in Turkey, was acquitted of the charge of undermining the secular Republic, which had led to his moving to the United States. Although it is not clear when and if Gülen will ever return to Turkey, an increasing number of Turkish and a small number of foreign commentators are drawing parallels between Gülen and Khomeini and arguing that Gülen’s return might lead to the much-feared overnight metamorphosis of Turkey into an Iran.

From a purely sociological point of view, what I find phenomenal about this comparison is not the theoretical richness it offers us for reading contemporary Turkey in conversation with Iran, or even the content of its analysis, but why this argument is made in the first place. The social context of why it is so fashionable to compare Turkey with Iran, and every now and then with Malaysia, says more about the politics of fear and failures of Turkish democracy than an imagined nightmare that Turkey is about to wake up to. Neither Iran nor Khomeini is a helpful comparison for Turkish politics or the future of political Islam in Turkey. Evoking Iran only pollutes a healthy analysis and encourages extremely reductionist discourses. Leaving aside its political misuse, any comparison between two countries is fundamentally faulty.

The first serious mismatch between Khomeini and Gülen is the overall political context. The Islamic Revolution of 1979 did not happen because of Khomeini or his return. The dynamics of the economy, poor governance and foreign intervention had led to a wide reaction against the Shah’s regime, uniting the voices of leftists, communists, clerics and apolitical middle-class merchants. The eventual clerical manipulation of the revolution and imposition of theocracy were unexpected outcomes of a reaction to a failed political regime.

Today’s Turkey is nowhere near as fragile as Iran was in 1977-79, nor is there such a unanimous or clear-cut feeling of reaction against the rulers of the land, or even a consensus on who is actually at the root of the problem. The fact that the AK Party is in power with 47 percent of the vote makes it impossible to have an overnight revolution or instant change, as Turkish society is divided almost evenly and no group can declare unchallenged dominance.

The second mismatch is seen in contrasting the appeal Khomeini had and Gülen has in their respective societies. Within the political vacuum that lacked a credible and trusted political figure, Khomeini eventually emerged as representing authenticity, faithfulness to Persian culture and values, virtue and humility, in stark comparison to the Shah and his elitist excesses. His political language, with its religious and socialist tunes, connected with the broad revolutionary imaginations of the people. That is why his return to Iran from exile initially appealed to everyone. Similarly, the notions of Mahdi, the anticipated return of the Hidden Imam added a Messianic aura to his arrival in Tehran on a French jumbo jet.

Gülen will not return to a society that is expecting him as the Savior or the true representation of Turkishness or the antidote to current political failures. Although it is true that Gülen’s imminent return would cause tensions, it would only be tensions created by political interest groups which would use his presence for their own ends, rather than a unanimous welcome that would lead to the overtaking of the country. Although the Gülen movement will increasingly become one of the most powerful social and political Islamic voices in Turkey, at the moment there is no evidence that the movement has plans for a concrete recreation of or enforcement of a new political system. For now, the movement seems to be resolved to influence society and politics with a tolerant, conservative and traditional Islamic faith.

The third mismatch is the difference between Shiite and Sunni Islam. One of the questions that has always troubled observers of the Islamic world is why there has only been one Islamic revolution, and that in Iran, a Shiite country, and nowhere else. Although some have unconvincingly argued that the reactionary roots of the Shiite faith have created a more aggressive political theology, this idea completely contradicts different voices and eras in Shiite theology, which have categorically rejected participation in mundane politics.

However, there is an important element of the Shiite faith that always makes it a powerful social force, which is the strong structural relationship and hierarchy between the clerics and their followers. Sunni Islam is closer to Protestant Christianity in its autonomous, scattered and organic nature, whereas Shiite Islam is closer to Eastern Orthodox Christianity with its hierarchical, structured and multiple leadership roles. This is why a single Sunni Muslim leader can never hold the same social power and unquestioned following that a Shiite leader might attract. Thus it would be very difficult for Gülen to exercise power and enforce a vision like Khomeini was able to.

Allow me to put it boldly: The Islamic Revolution of 1979 was only possible due to unique factors enabling it to happen, not because of Islam. Even though it has presented itself in the language of a return to Islam and authenticity, it was the first modern revolution that used modern political concepts, such as the nation state, along with modern tools of social mobilization and participation and previously unknown theological concepts such as the rule of righteous jurist. As the age of such political revolutions has died along with the Cold War, and the global realities make such sentiments almost impossible to actualize, I think it is reasonable to argue that there will never be an Islamic revolution in the Middle East again.

Yet what might happen, in Turkey and across the region, is a strong polarization between Western-style governance (widely referred to as “secular”) and the populist appeal of Islamism amidst the socially and economically depraved masses and disillusioned middle classes and the intense fight for power, control, dominance and influence this would translate into. We already see this in a host of Muslim majority nations, such as Egypt, Pakistan, Indonesia and Malaysia.

However, Sunni Egypt is the most likely scenario that Turkey will find itself in, whether in its weak economy, failure of a mature democracy, weakening influence of modernist secular politics, increasing mainstream political participation of Islamist groups, collapse of rule of law and willful breaking of international law. Somehow, I have not come across any comparative analysis of Turkey and Egypt and no fearful column asking whether or not Turkey will become like Egypt. For me this possible outcome is a lot more worrying than the mythical Persian narratives.