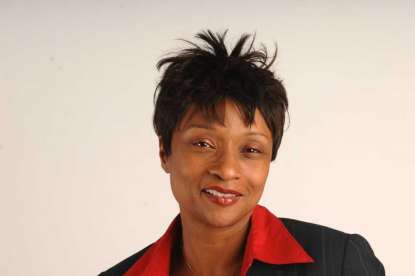 I spent time in Istanbul, walking through its parks blooming with roses the size of oranges. I toured the Hagia Sophia, a marble and stone mosaic wonder that was a church, then a mosque, before it became the third-most visited museum in the world.

I took my first balloon ride over the stone formations of Goreme in Cappadocia, prayed at the House of the Virgin Mary in Ephesus and muddied my hand with clay at a potter’s wheel at a ceramics house.

A huge part of Turkey’s culture, however, is Islam. So naturally, many Turkish people went to mosque at midday. Others went at other times. Some women wore hijabs and long dresses with long sleeves. Others wore hijabs with short dresses or pantsuits or jeans. Some didn’t wear hijabs at all.

So it is profoundly troubling that here in the U.S., an element of our population, whipped into a frenzy of anti-Islamic fear by GOP presidential frontrunner Donald Trump, actually are open to the idea of all Muslims being placed under surveillance and entered into a database solely because of their religion.

It is an idea that repels Alex Sivar, director of the Atlantic Institute and a board member of OneJax.

“If someone had come up to me 20 or 30 years ago and said that someone was going to be running for president with all these bizarre ideas, I wouldn’t have believed it,” Sivar told me.

Yet, Sivar said, countering stereotypes about Islam is what the Atlantic Institute tries to do through the cultural experiences it offers — such as inviting non-Muslims like me to Ramadan feasts.

“We want to make sure that our neighbors understand our culture,” he said. “As a Muslim-American, I have to show my neighbors that I am a human contact and that ISIL doesn’t represent me.”

That’s admirable. But I hate that Sivar and other Muslims are now compelled to respond to stereotypes in order to protect their own safety and freedom in this land of the free.

I hate that some people are actually buying into the idea that all Muslims are capable of beheading people and blowing up buildings. A recent Washington Post poll showed that 59 percent of GOP voters believe that all Muslims should be banned from entering the U.S.

That’s like saying that all Christians are capable of doing what Eric Rudolph, who grew up in the Christian Identity movement, did: He planted bombs at the 1996 Atlanta Olympics and at two abortion clinics and a gay nightclub.

Two people died in those bombings, while 12 others were injured.

The good thing is that most polls show that Americans, for the most part, get this; that no religion should be characterized by its extremists. But it is troubling that so many others don’t.

And worse, are not trying to.

I have often been suspicious of the Gülen movement, although as I reflect, I realize I may have been misread the movement. While this post will be lengthy, the topic remains relevant and intellectually interesting to those interested in Islam and reform, and so I hope to address why I was suspicious, and why I have slowly been changing my mind.