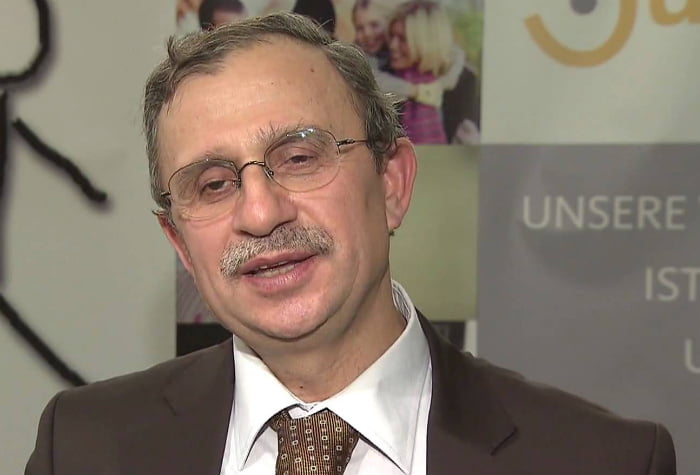 Journalists and Writers Foundation (GYV) Vice President Cemal Uşak traveled every inch of Central Anatolia as part of the Wise People Commission for two-and-a-half months last spring to hold meetings with locals in order to listen to their demands and opinions related to the government’s settlement initiative with the Kurds.

In an interview with the Zaman daily last week, Uşak categorically denied the aspersions that have been cast on the Hizmet movement on social media for a couple of years and in conventional media for the last three months that claim that the Hizmet movement has been against the settlement process. “I briefly answer them by saying that the Hizmet movement has not been against any solution process anywhere. It has never hesitated about a solution that will bring a stop to 40 years of bleeding,” he asserted. Nonetheless, he also said that the Hizmet movement is not completely without reservations about the process, underlining that a solution to the Kurdish question doesn’t legitimize conducting negotiations with just the outlawed Kurdistan Workers’ Party (PKK) or the Peace and Democracy Party (BDP), which use a similar discourse about autonomy or even independence. “If the eventual aim of the initiative is to sort out the Kurdish issue, it is obviously necessary to proceed with negotiations with the PKK and the line of Kandil-İmralı-BDP, but this is not sufficient. There are more steps to be taken and this is no secret,” Uşak said.

Uşak further elaborated that bestowing legal rights and meeting their basic demands top the list of urgent steps. The end of the armed conflict with the PKK militants is surely a necessary step toward the solution, but it is not enough “since unless the steps that the Justice and Development Party [AK Party] has pledged to take actually occur and can be a source of hope for the Kurds, it is impossible to talk about a permanent solution.”

Uşak said that Turkish Islamic scholar Fethullah Gülen, who inspired the Hizmet movement, endorses negotiations with the PKK as part of the settlement process but under the condition of protecting the dignity of the state. “The sole necessity that this movement operating in 160 countries wants is peace, tranquility, stability and safety. For such a movement that sees these four elements as prerequisites for the conduct of its services, opposition to a solution in any country, as well as in Turkey, goes against the grain and is implausible,” Uşak said.

He said Gülen’s words about the language and ethnic identity of the Kurds in Turkey in particular must be heeded, as he sees these as fundamental rights and bestowing them is an obligation of justice.

Hizmet’s foes are churning out lies

Uşak believes that this defamation against the Hizmet movement using such arguments as its alleged resistance to the attempts to untangle the messy Kurdish question is a deliberate campaign of libel and slander by foes of the movement. “They are doing this by means of abusing the feelings of our Kurdish brothers, who have already become very vulnerable and sensitive [due to discriminatory policies] for many years,” he noted. For him, the BDP seems to have a perception that any weakness of the government will eventually harm the settlement process and therefore it defends the idea that the government shouldn’t be criticized except by the BDP. For instance, the Kurds are boasting about not having been involved in the Gezi protests, Uşak asserted. “The BDP read the Gezi events as an attempt to push the government to weakness. Additionally, it is annoying them that Hizmet has adopted a critical stance toward the government,” he said.

Those who claim that the Hizmet movement is against the settlement process are also ignoring the GYV’s activities to facilitate a rapprochement with the Kurds, Uşak argued. The GYV has organized three meetings directly related to the settlement process along with another meeting indirectly connected to it, he said. “Subjects associated with finding a solution to the Kurdish question were elaborated on while discussing the concept of tutelage in meetings three times in Turkey and once in Arbil. In all of these meetings, the problems concerning mother language and [ethnic] identity were addressed and [the outcomes of these meetings] were publicized. The GYV did all this even before the government announced its projects like the Kurdish initiative, the democracy initiative and the brotherhood project [the settlement process]. Beyond that, we know from Gülen’s recent interview with the BBC that he sent a letter to the prime minister about the solution to the Kurdish question and stood by our Kurdish brothers,” said Uşak.

New constitution a gauge of sincerity

When asked if the graft probe will adversely affect the settlement process, Uşak argued that any action that may stir up trouble for the political authority, especially on the eve of local elections, may impact the settlement process. “Even a power shortage or water cut in a neighborhood in İstanbul could cause trouble for the government and hence, these developments could lead to an impairment. But whatever happens, we have to protect this ceasefire like the pupil of our eye,” he said.

How society sees the settlement process

Regarding his observations during his trips to Anatolia last year in April and May with the wise people, he mentioned that some 27 to 33 percent of the population will support the AK Party no matter what it does. For Uşak, these ardent supporters think that the AK Party has done nice and useful things for them so far. They have difficulty understanding the negotiations with a known [terrorist] organization but they are confident that the prime minister and the government know what they are doing and they give the government unconditional support. In addition, there is another part of society, about 20 percent of the population, who backed the government in its quest for peace but who have reservations about holding talks with the terrorists and think that granting amnesty to the militants or releasing the PKK’s jailed leader Abdullah Öcalan is unacceptable, according to Uşak. He also noted that for about 30 percent of the Kurds they talked to, granting amnesty to the militants and parole for Öcalan are sine qua non for a permanent solution.