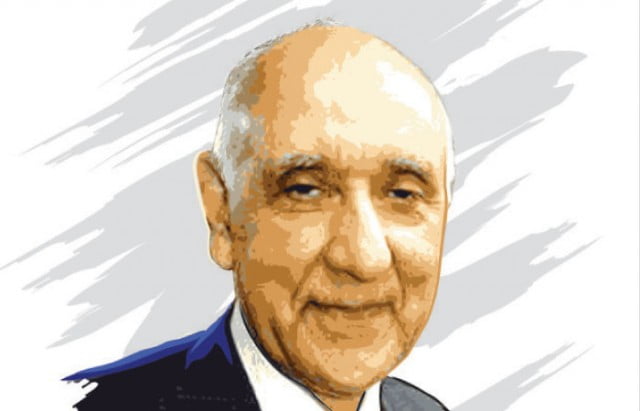 Growing up in British India I loved Saudi Arabia and Turkey. Saudi Arabia because if houses the holy cities. Turkey because of its contributions to arts, culture and sciences and because of its welcome to people fleeing persecution, including, historically, Jews from Spain.

My first contact with Turkey was unusual. Returning from the US after completing my studies, I bought a car in Europe and drove through Germany, Switzerland, Austria, Yugoslavia, Greece, Turkey and Iran to Karachi in Pakistan. People were helpful everywhere, but snow came early that year. My car got struck on a mountain in Turkey. After a harrowing night, the Turkish army cleared the road the next morning and I drove off.

My next encounter with Turks was as a refugee judge with the Canadian Immigration and Refugee Board. Some Turks claimed asylum stating that they feared persecution. I accepted many claims and rejected the others.

Recently my wife and I were among Canadian academics, priests and faith leaders who visited historical and cultural treasures in Istanbul, Bursa, Izmir, Ephesus, Kayseri and Cappadocia. We met Christian, Jewish and Muslim Turks. We were deeply touched by their hospitality, love for their country and acceptance of other people.

The tour was organized by the Intercultural Dialogue Institute. For several decades I have witnessed their efforts to promote peace, understanding and friendship among Canadians of all backgrounds. On this tour, members of our group told us how fascinated they were by Turkey and how overwhelmed they were by the warmth of the people, the gorgeous mosques and their incredible calligraphy and art work, the haunting calls for prayers and rich culture.
We visited universities, hospitals, social service agencies, and people in their homes.

Now the foundation works in Turkey and 113 countries and more than 91 percent of its donations go to help others and several of its more than 212,000 volunteers risk their lives in dangerous places like Somalia to help the needy irrespective of religion, ethnicity, nationality or culture.

It is part of Turkey’s Hizmet (service) movement that seeks to promote peace among people of diverse faiths through respect, dialogue and friendship.

Such volunteer work is widespread. More than 13 million Canadians, for example, devote more than 2.7 billion hours every year to volunteer work and half of all Canadians donate to charities. In Turkey, evidence of Hizmet’s work is everywhere and through Kimse Yok Mu, the service, including education, is spread to all corners of the world.

The media, too, displayed variety. The Daily Sabah was among the government’s staunch supporters. Hurriyet (freedom) and Zaman, the country’s largest paper, often criticized the government. We visited Zaman offices and were impressed by the high standards.

Recently there were reports that the government took it over after raiding its office. I also read that some editors of Hurriyet, another opposition paper, are facing court cases.

This reminded me of my own experience. After completing my studies in the Philippines and the US, I worked in Pakistan with a leading newspaper that was published simultaneously from Karachi and Dhaka. It was doing well but then the government established the National Press Trust that took over several papers including mine.

The government explained that the media, instead of being owned by individuals or corporations and serving their interests, should serve the people. To some extent this is true. Some media are sensationalist and distort the picture. I saw in the US that the media served corporate interests when it came to South America and also the Middle East and were not accurate.

But I also see most media as a barrier against corruption, misuse and abuse of power and misguided policies. The first people appointed to head the National Press Trust in Pakistan were a military official, a former governor of West Pakistan and a foreign secretary.

I moved to Canada. Journalists from Zaman and Hurriyet might say that I took the coward’s way out. But I was only an employee in the newspaper that had been taken over by the government. I could only write or publish what officials wanted.

In Canada I wrote with integrity and accuracy for 25 years before retiring. I am fortunate to live in a country that sees freedom of speech and the media as a bulwark of democracy and an impediment to misrule. But then Canada is a model country, or at least it could be if it could improve the lives of its Aboriginal people.