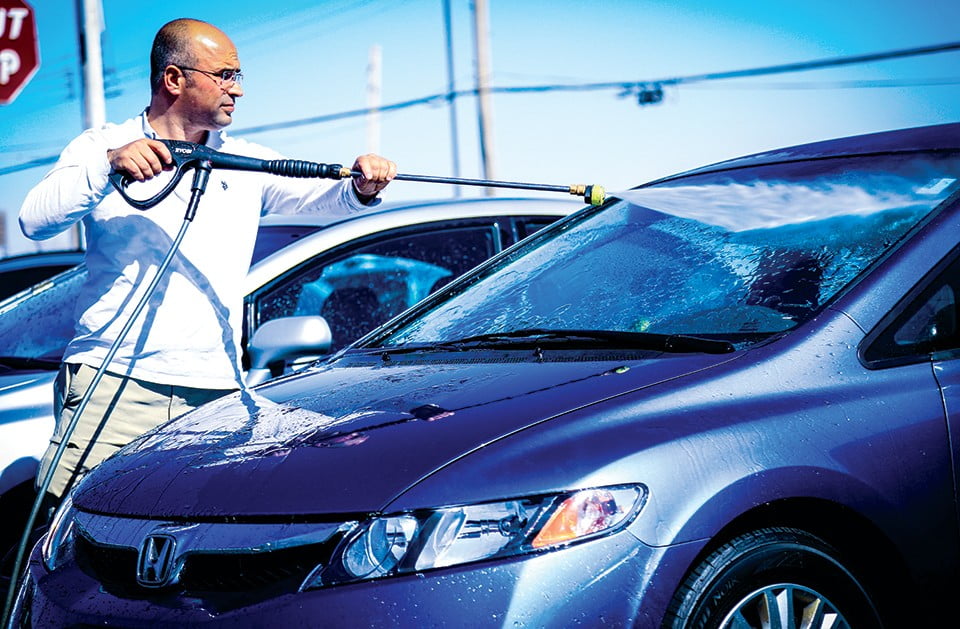 Some days, Akif Güney is still surprised to find himself braving the Midwestern cold, preparing cars for auction at a lot just outside St. Louis in the United States.

“I worked as a primary care physician for six years,” the Turkey-born Güney told St. Louis newspaper Riverfront Times. “And for many of the patients who came to see me … my job was often trying to help them realise they weren’t actually sick.”

Güney works for fellow Turk and recent U.S. arrival Ömer Özyurt, a former history professor in Turkey who now runs the car dealership. Both say they are followers of U.S.-based Turkish preacher Fethullah Gülen, the man Turkey blames for a 2016 failed coup.

After the coup attempt, Turkish President Recep Tayyip Erdoğan launched a series of purges against suspected Gülenists, dismissing some 130,000 civil servants in education, academia, the police and the judiciary, shutting down universities and dozens of media outlets.

“While some number of the military officers involved in the attempted coup were likely Gülenists, Erdoğan in his retribution has painted every Gülenist all over the world as public enemy number one,” said Riverfront Times. “Scholars and academics may quibble about how to classify Fethullah Gülen, but pretty much all reasonable watchers of international politics agree that Erdoğan is power hungry, paranoid and increasingly autocratic.”

Erdoğan urged the United States to extradite Gülen for his involvement in the coup plot, but U.S. officials have refused. Ankara has imprisoned tens of thousands of people for alleged links to the coup, and arrested and returned to Turkey dozens of suspected Gülenists from countries around the world. In 2016 Güney was working as a general physician at a hospital in Nigeria, when his wife postponed her residency in Turkey and came to join him, with their young daughter.

After the failed coup, Erdoğan’s government incentivised African countries to deport any Gülenists, then began arresting and deporting Nigerian students who had attended Gülen schools back to Turkey.

The Güneys left for the United States, ending up in St. Louis. Güney soon met Özyurt, who has applied to bring his wife and children from Kosovo to join him, and the two now work with several other Turkish refugees.

Every week they attend Friday prayers down the street at the Turkish American Society of Missouri. The society’s director Yücel Aktaş said about 150 families come to the centre and that some 30 attendees had fled the crackdown on Gülenists.

“There are even some Turkish people who believe in Erdoğan here in St. Louis,” Aktaş said. “They cut off seeing us because they want to be able to go back to Turkey and visit their families. They say, ‘If we see you, then go back to Turkey, they’ll put us in jail.'”

Özyurt lives with Ahmet Baltacı, who until a couple years ago ran the foreign language programmes at Melikşah University in Kayseri, a city of about a million in central Turkey.

In 2016, Baltacı was beginning a new semester when the government suddenly shut down his university. Police walled off the campus, and then began raiding faculty homes.

Then Baltacı was arrested with other colleagues, according to Riverfront Times. He said he was never charged, and released after 10 days. But he soon heard through a friend that he would be arrested again and fled to the Greek border.

One night he and a group of strangers escaped in a small boat across the Maritsa River to Greece. “The others on the boat were all Gülenists: a mayor, former police officers, a doctor and another college professor among them. The now-refugees hiked for nine hours, the adults with small children on their backs, to a small border town,” said Riverfront Times.

“I was so happy,” Baltacı said about arriving in the United States a few months later. “But also so sad and disappointed because I had to leave my wife, my daughters, my house … Everything. My life.”

Now the former director of a foreign language department does odd jobs and hangs out at the car lot, watching a doctor and a professor sell pre-owned cars. Such a situation is not so unusual, according to Anna Crosslin, president of the refugee assistance organisation International Institute.

“Almost all [refugees] have to start over, but not all necessarily make the jump from, say, medicine to selling cars,” she said. “But it can take years and years for someone to be a nurse again, to be a doctor.”

Güney might be one of the lucky ones, in the fall he is set to start medical school at the University of Louisville. Baltacı, meanwhile, found a job at a middle school in Oklahoma.

“It’s not a directorship at university,” said Riverfront Times, “but it’s a start.”