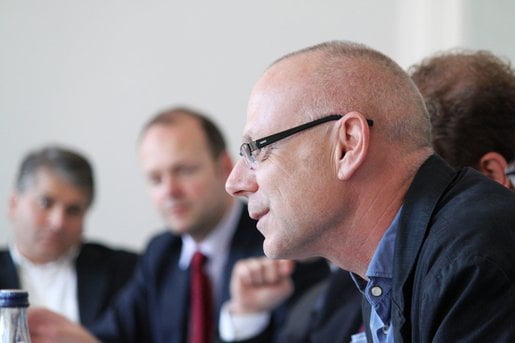 Gunter Seufert, who penned the report, is considered to be one of the most knowledgeable German about Turkey. He worked as a journalist in Turkey for long years. At the introduction of the report, he shares the statement: “There is probably no second Islamic movement in Germany that is interpreted as variously and contradictorily as the one inspired by Fethullah Gulen is.” “Yet, the movement at the same time is known among people of Turkish origin to be the fastest growing movement,” he continues.

The publisher is the Berlin-based think-tank, SWP. It provides consultancy services on foreign and security policies to the federal government and assembly. It is financed by the Office of German Prime Minister. As far as the report, it sheds light on the historical and religio-cultural aspects of Gulen’s understanding of religion and gives a brief account of how the Hizmet was formed in the republican era. To this end, it situates the formation process among the incidents in the near past and clears up the accusations such as “forming a state within the state.”

The report moves on to interpret the movement’s global efforts and ultimately looks into Germany. It concludes finally by offering advice to the German ruling authorities as to how to handle the movement. Throughout my reading, I got the feeling that I was listening to a scholar free from bias and careful to be objective. He doesn’t demonize the movement like some others do. Yet, he doesn’t overlook the points he believes to be problematic. It’s not possible to cover them all in this piece as properly as needed.

I will have to content myself for today with the following notes from the report:

-Turkey’s urban population was below 10% back in 1923. Imposing a Western life style and marginalizing religion led to alienation of the rural portion. However, %80 of the country’s population lives in cities today. The Hizmet movement enables the cities’ newcomers to harmonize the values they bring along with modern ones. The society too changes along and these people occupy certain state positions. It would be wrong not to expect bureaucracy to go untouched by such a change.

-The ideological clashes in Turkish bureaucracy date back to pre-republican era. Those attracted by Hizmet during the society’s transformation have been involved in bureaucracy. AKP benefited from them in its battle against Ergenekon. It had no one else anyway. However, the two -once close- powers later split in opinions. Recently, the government’s insistence on shutting down prep courses without calculating overall reforms in education indicates it is in fact directly intended to undermine the movement.

-Today, the US is considered to be where the Hizmet Movement is most active. Even the specialists are not able to conceive its dimension in the country. It arrived in Germany late, on the other hand. The German ruling authorities’ attitude will therefore determine the course of the movement. In German history, the religiously-motivated and secularly-educated social movement resembles Innere Mission, which, with a religious motivation, engaged in aid activities in the industrialization period. The ruling authorities should welcome cooperation.