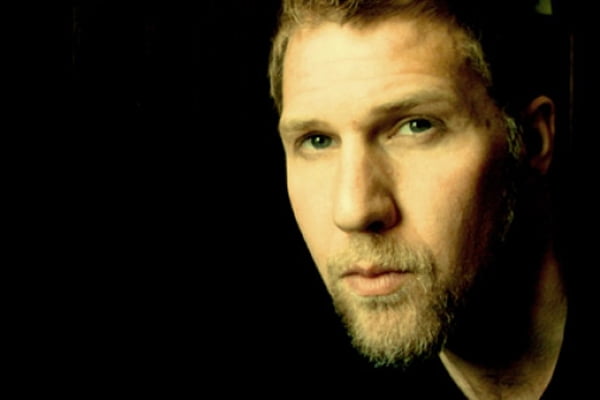 CBS News’ 60 Minutes recently produced a show about Turkish Muslim scholar Fethullah Gulen, spurred by concern about the so-called Hizmet movement’s (aka Gulen movement) alleged connection to a growing network of high performing and nationally ranked charter schools in the U.S. These schools rank in Newsweek’s top ten miracle schools in America and have a waiting list of 30,000 students, a testament to their academic rigor and reputation.

So what’s wrong with these schools and what in the world would merit investigative journalism on this topic? Could it be because Fethullah Gulen is a Muslim scholar, the movement is historically comprised largely of Muslims, and Turkish Muslims built and teach at the charter schools in the U.S.? I’d say yes. CBS would likely say no, citing public concern about potential for Islamic teaching in the classroom, Turkish teachers taking American jobs, and a Muslim scholar who was disinclined to be interviewed.

Despite CBS host Leslie Stahl’s attempt to show both critique and compliment — and in most cases, to her credit, she walked a fair and balanced line — the script was loaded with innuendos, describing Gulen as a “personality cult“, “wizard of Oz” and “prophet.”

Why is this troublesome? And why do I feel compelled to write about this a second time, having written on it once before last year? It’s problematic because there’s a trend here. When the West finds a Muslim scholar that preaches tolerance, nonviolence and education — which Gulen does ardently — it immediately becomes skeptical. You would think the west would welcome such a nonviolent Muslim witness.

Western audiences often criticize Islam — and this is particularly the case post-9/11 — for not producing more imams that preach and teach nonviolence, despite their prevalence globally. Even CBS’s Stahl recognized that Gulen’s movement evokes a “seems too good to be true” response — i.e. that a Muslim scholar is encouraging education, science, nonviolence and tolerance. Yet Stahl went further, seeking confirmation that Gulen wasn’t the Osama bin Laden-variety Muslim. Remarkable that this was her point of reference.

Having written about other nonviolent Muslim leaders like Khan Abdul Gaffer Khan — who hailed from northwest Pakistan’s tribal areas and who promoted and practiced nonviolence to the point of imprisonment and ultimately death — I’ve experienced this cynicism and skepticism before among western audiences. One critic went so far as to categorically disbelieve and discredit Khan’s efforts.

With Gulen, the treatment has been little different. I found the same critique among disbelieving congressional staffers, with whom I traveled to Turkey last year, after meeting multiple Gulen supporters. It felt like they were looking for a conspiracy; they wanted something nefarious to emerge within the Gulen network.

When in Turkey as part of this congressional staff delegation, the scrutiny laid on Gulen by fellow congressional staffers seemed unusually harsh, as does the CBS portrayal of Gulen at times. Where is the scrutiny about charter schools that have Christian prayer in the schools and bury creationist thinking within science curriculum? In none of Gulen-connected Charter schools is there any religious teaching, at all. Where is the scrutiny about business projects in the U.S. that recruit from a specific immigrant group and coordinate with the home country to bring more of the same? This is happening in myriad circumstances already (although there’s no need to castigate any group here in defense of another), but arguably flies largely under the skeptic’s radar because the immigrating population is not Muslim.

Or where is this scrutiny about transparency in other taxpayer-funded endeavors? Gulen gets criticized for not being more transparent about his connections, whether in Turkey or Texas. Yet, these same critics, some of whom are Hill staffers who traveled with me to Turkey, are silent about the pervasive corruption in the defense community, as disclosed by the inspectors general in charge of monitoring funds spent by Pentagon and defense contractors in Afghanistan and Iraq. I, too, support calls for transparency and accountability — but to highlight one and overlook another is equally nontransparent.

It is hard not see all these inconsistencies as indicative of something more endemic, that of an anti-Islam bias. Not possible? Not true. CBS News’ 60 Minutes show comes on the heels of news that New York City Police Department engaged in systematic and widespread discriminatory practices, and that the U.S. Defense Department engaged in equally discriminatory anti-Islam training among its military cadets.

Discrimination and prejudice is quite possible in the U.S. and it seems ever apparent in all things arguably related to Fethullah Gulen. It is time for a clear-headed approach to this. America should be welcoming a Muslim scholar promoting secular education, science, tolerance and nonviolence — not castigating him.

Michael Shank is in the PhD Program at George Mason University’s School for Conflict Analysis and Resolution, an Associate at the Global Partnership for the Prevention of Armed Conflict, and serves on the board of the National Peace Academy. Follow Michael on Twitter.

Okumus said he has lots of questions about the origin of the coup, and is suspicious about Erdogan’s motives to blame Gulen. He said the coup has created a kind of with-us-or-against-us mentality in Turkey, one that will ultimately hurt the country and its relations with the United States. Turkish officials have already fired tens of thousands of teachers, university deans and others they say have ties to the failed coup plot.