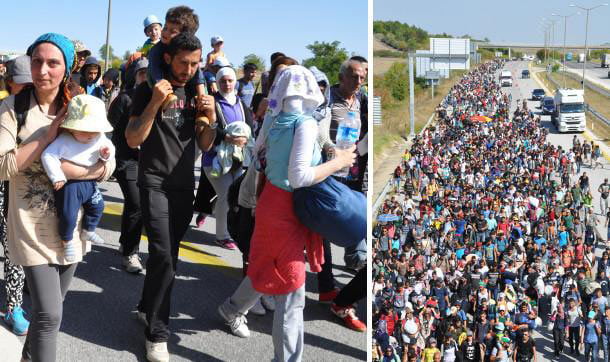 The KYM volunteers gave food packages to around 1,000 refugees who fight for life for a couple of days on the road to be accepted by the officials into Edirne. The refugees were also provided with quits, clothing, hygiene materials and formula, diaper, milk were supplied to the children.

A total of TL 62 million has been collected for the Syrian refugees within the body of the KYM so far.