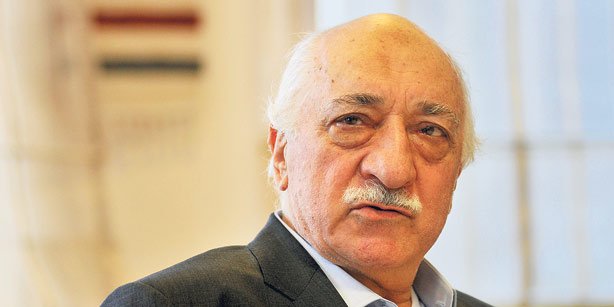 Turkish prosecutors, part of a judiciary strongly under the influence of Turkey’s autocratic President Recep Tayyip Erdoğan, have demanded 3,623 aggravated life sentences for Turkish-Islamic scholar Fethullah Gülen, who lives in self-imposed exile in the US, the pro-Erdoğan Yeni Şafak daily reported on Monday.

“A total of 3,623 aggravated life sentences, 2,923 years in jail and a TL 221 million fine have been demanded for Gülen, the leader of the US and NATO-backed occupation attempt [a failed coup] on July 15,” said Yeni Şafak on its front page, calling Gülen the prime suspect in 22 cases filed across Turkey.

Main opposition Republican People’s Party (CHP) İstanbul deputy Barış Yarkadaş said last week that the AKP government had recruited for the position of judge 800 lawyers who had ties to the party.

Justice Minister Bozdağ on Aug. 17 announced a government plan to name 8,000 new judges and prosecutors by the end of 2016.

Contrary to accusations made by President Erdoğan and the Turkish government, the Foreign Affairs Committee of the UK Parliament concluded in March that Gülen and the movement he inspired as a whole were not behind the failed coup in Turkey. The UK Parliament statement came a week after Germany rejected Erdoğan and the Turkish government’s accusations against the Gülen movement about July 15.

The head of Germany’s Federal Intelligence Service (BND), Bruno Kahl, said Turkey could not convince them that US-based Turkish-Islamic scholar Gülen was behind the failed coup in July.

Similarly, Devin Nunes, chairman of United States House Permanent Select Committee on Intelligence, said he has not seen any evidence showing Gülen’s involvement in the putsch in Turkey.

In addition, a report prepared by the EU Intelligence Analysis Centre (IntCen) revealed that the coup attempt was staged by a range of Erdoğan’s opponents due to fears of an impending purge.

In February, Henri Barkey, director of the Middle East Program at the Washington-based Wilson Center, said that many generals purged by the Turkish government are pro-NATO and pro-American, saying this could create a shift in Turkey-NATO relations.

The military coup attempt on July 15, 2016 killed over 240 people. Immediately after the putsch, the Justice and Development Party (AKP) government along with President Erdoğan pinned the blame on the Gülen movement.

Fethullah Gülen is one of the vocal critics of Turkish government. Gülen has been outspoken figure in lambasting President Erdoğan on corruption that was exposed in December 2013 as well as Ankara’s aiding and abetting of radical groups in Syria that was uncovered with illegal shipment revelation in January 2014. Erdoğan launched a witch-hunt persecution against Gülen and his follower.

Turkish government shut down all institutions affiliated with the movement and jailed almost 50.000 people in the last nine months alone. He labelled the movement as ‘FETÖ’, a terrorist organization, although Gülen, 75-year old cleric, and his followers have never advocated violence but rather remained staunchly opposed to any violence, radicalism and terror in the name of religion.

Turkish Justice Minister Bekir Bozdağ on May 7 said 149,833 people have been investigated and 48,636 have been jailed as part of an investigation targeting the Gülen movement since the July 15 coup attempt in Turkey.