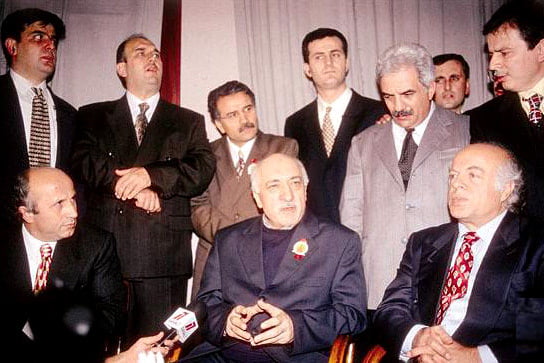 The Gulen movement and Cem Foundation of the Alevite community have agreed to launch an important project. They will build a mosque, a cemevi (Alevite house of gathering) and a soup kitchen side by side in the capital of Turkey, Ankara.

Gulen (Hizmet) movement takes a concrete step forward to extend common shared values with Alevite community of Turkey. The dialog that has been built up between the two communities in various programs over the years came to the point where they plan on a solid project.

According to the news from Rotahaber, a committee from Gulen movement recently paid a visit to Prof Dr. Izzettin Dogan, the chairman of Cem Foundation. The committee offered a joint project: a mosque and a cemevi side by side in Ankara. Pleased to hear the project and Dogan added: “We should also build a soup kitchen next to them so that there will be a place where mosque and cemevi congregations can get together.” His offer was accepted and the visit ended up with a decision to implement the project.

They already acquired almost 2 acres land in Ankara for the project and started preliminary works.

Dogan briefly explained this project to the of the Cem Foundation.

Gulen and Dogan had built warm friendship through the activities of The Journalists and Writers Foundation in 1990s. This friendship had caused great excitement in public those days.

Their friendship had started with an interview. Dogan liked Gulen’s answer to a question in the interview: “Why do you prefer opening schools in the Central Asian countries to Arap countries.” Gulen had answered: “We preferred to find places like Turkic countries who would welcome us with open arms. You may reach out to Turkish world with Sufism. The number of cemevis must increase beside mosques.”