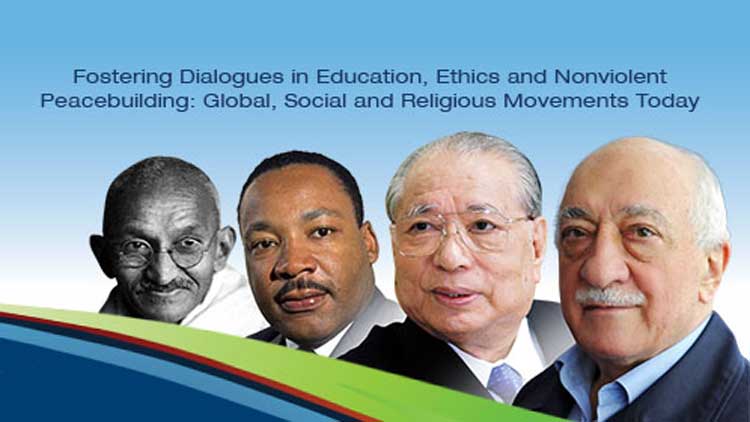 It is unmistakable that there have been worrisome misconceptions about the religion of Islam. This misconception is the product of the growing orgy of savagery in different parts of the world, in the name of modern terrorism. With deadly groups like ISIL mauling innocent and prominent international figures before TV cameras and others like the Alshabab in Somalia and the dreaded equivalent of the two – Boko Haram – it is safe to assume that the religion is under threat. Significantly, these three categories of merchants of death, who spread their barbaric stock-in-trade across the Europe, Middle-East and Africa represent the worst legacy of man’s inhumanity against mankind.

It is unsettling that gradually, mankind has been oscillating between confusion and multiple tragedy due to the wacko ideology of some less than sensible human beings. The consequence will not end at the level of loss of lives and property wherever they struck, but with perception of religion itself. Since they lay dubious claim to Islam, they have fixed the Islamic world and its scholars in a tight corner of struggling to convince an increasingly skeptical people that Islam does not equate to violence. And while many scholars across the world are at it, other liberal ones like Fethullah Gulen are combining the enlightenment efforts with philanthropy.

In a world so badly bruised by the memories of one terrorist attack after the other, any effort to cushion the effects by providing succor to the survivors of the families of those killed, will hardly ever go unnoticed. It is to this extent that Gulen’s heroism is unmistakable. This Turkish moderate Muslim scholar combines his spread of knowledge and enlightenment with record-breaking philanthropy. What makes his effort record-breaking is because it cuts across continents, across races; breaking the barriers of geography and ethnicity with the supersonic speed. It is obvious that Gulen can hold his own – anywhere around the world. It is for this reason that he has become synonymous with succor wherever terror struck or even natural disaster situations. While the civil society get support from Gulen’s purse to carry the message of peace, he follows up with an unprecedented level of philanthropic gesture. There is a clear-cut demarcation between Gulen’s style and that of his contemporaries because the spread of his milk of human kindness is cross-continental and cross-regional. The speed with which he has achieved so much in promoting peace especially across Asia and Africa still confounds even his critics.

It is evident that Gulen’s tireless contributions to peace are unrivalled. This also explains why he was found worthy of this exceptional award. This also explains why he was the first moderate Muslim scholar to be honoured with the Gandhi King Ikeda Peace award. No matter what his critics may think of this award, it definitely came at a time the world is facing scarcity of people ever willing to share from what they have, so that humanity will be at peace with itself.

To many, it comes as a big surprise because it takes serious research to pick out a single individual out of billions that make up the human race for this award. To this extent, the organization that honored Gulen deserves every commendation for its well-thought-out gesture to a man who bestrides the earth like a colossus.

But Turkey and its heroes have over centuries stood out as some of the best examples of philanthropist on earth. A recourse to history will reveal that Turkey has always etched its name in gold, in the annals of history by taking decisive steps to rescue people in need. The appropriate use of funds for the common good has invariably been associated with prominent turkey people and this can be attested to by experts in contemporary history.

Indisputably, Gulen deserves this honour considering the quantum leap in humanity that is tied to his spirit of caring for those in need without any strings attached. He remains the best example of service to humanity in a world running short of caring models.

Turkish Islamic scholar Fethullah Gülen has extended his condolences to victims of the violence in Egypt that resulted after a military crackdown on two camps housing supporters of the country’s ousted president. The Egyptian Health Ministry put the latest death toll at 638 and said the number of injured in the Wednesday’s violence also has […]