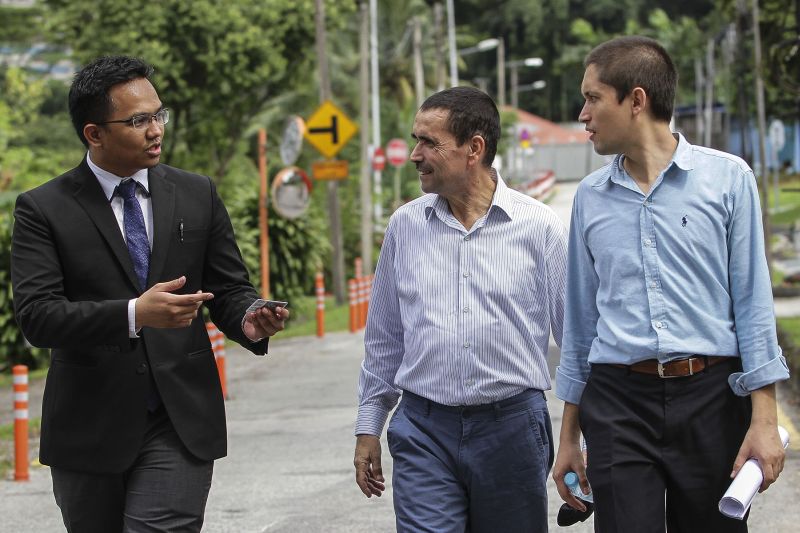 KUALA LUMPUR, Jan 31 ― A visiting Turkish university director who had yet to be convicted of any crime was finally released from the Sungai Buloh Prison after being conferred refugee status today.

Ismet Ozcelik, 57, was incarcerated since his arrest on December 13, allegedly for preventing Immigration officers from performing their duties last month, a crime punisable with up to two years imprisonment or a fine, or both.

He had entered Malaysia on a regular social visit pass to catch up with his son who was working here as a teacher. But a sudden turn of events last month now means he now requires the protected status of a refugee, conferred by the United Nations High Commissioner for Refugees (UNHCR), to move around until his trial is dispensed with.

“He could not be released earlier because the Magistrate’s Court had denied him bail after the Immigration Department cancelled his social visit pass.

“But now with the UNHCR card, he can be released and will only need to return to court on February 20 for mention as the UNHCR identification supersedes the cancellation of his visa,” Ismet’s lawyer Muhammad Faizal Faiz Hasani told Malay Mail Online when contacted.

According to the lawyer, Ismet had been charged with a bailable offence, and had paid the bail on January 4.

Ismet was arrested last December 13 after he allegedly stopped some Immigration officers who were said to be dressed in plainclothes, from checking his passport at his son Suheyl’s house here.

Faizal said the officers had apparently tried to take away Ismet’s passport but was prevented from doing so with the help of Suheyl and three of his colleagues from the international school they work at.

When the police arrived, the Immigration officers told the police that they had been obstructed by the five from carrying out their public duties.

This resulted in the arrest of the five, who were later charged on December 23 under Section 353 of the Penal Code for using criminal force to deter a public servant from discharging his duty.

All of them were later released on bail except for Ismet despite this being a bailable offence, as the prosecution was of the view that he cannot be bailed, his lawyers said.

Faizal today claimed that the officers had acted as such after receiving a letter from the Turkish embassy that linked Ismet with the Gulen movement.

The Turkey-based movement claims to preach moderate Islam although some reports indicate that it is “terror organisation”.

“The Immigration officers had obviously acted hastily by arresting Ismet because in Malaysia, regardless of who you are, you will need to have a court order to arrest someone in such circumstances.

“In this case, the immigration officers did not obtain one,” Faizal said.

He added that Ismet was rushed to the Sungai Buloh hospital some 15 days ago after his condition deteriorated without the access to medications.