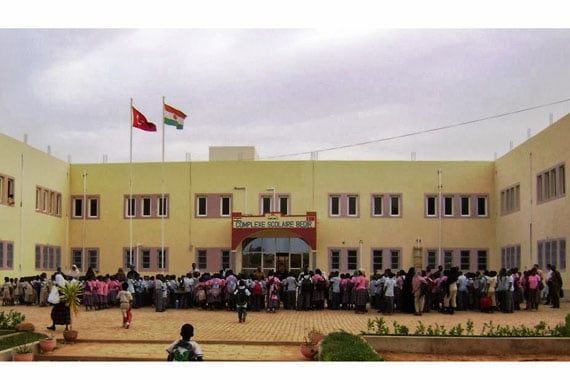 The positive approaches of the Ottomans and their contemporary descendants to the continent have earned Turks a high appeal among Africans. For instance, a shopkeeper just chalked it up for some time later when we didn’t have the money on us for our purchase. It was because he knew we were Turks.

Bedir Turkish Schools in Niger lie behind the locals’ trust in Turks, actually. The schools and their staff are highly regarded across the country. Born in 2003, the schools have soon become number one in the country.

The schools to date haven’t lost the top places in science olympiads to the French and American schools in the country. Actively participating in social projects as well, they first of all inspire trust in Nigeriens. In streets of Niamey, those who realize that we are Turks start to call out: “Ekol Bedir.”

Like many countries of the continent, what Niger is seriously in need of is clean water. The Nigeriens have access to clean water to some extent thanks to the water wells by philanthropists. Otherwise, they have no choice but use the water from the Niger River where the country’s entire sewage is drained.

Drilling water well costs $8,500 in Niger, which is way higher compared to other African countries. Kimse Yok Mu Foundation to date has sponsored 200 of them, with contributions of its donors.

The locals we saw around the well said they have those who established the water wells in their prayers all the time. Currently, only 4 thousand villages out of about 12 thousand have water wells. The rest on the other hand has to rely on contaminated water or take 15 km daily to fetch drinking water.

Excerpted from the article published [in Turkish] on Bugun, 21 October 2013, Monday