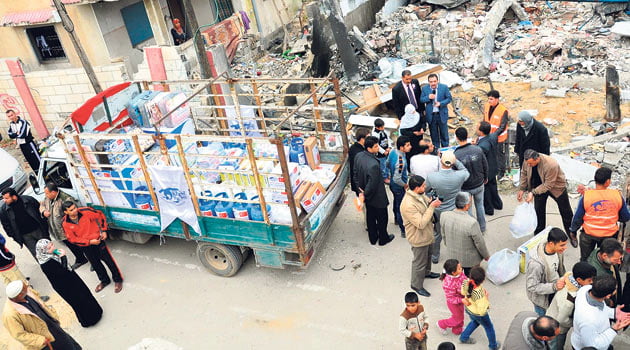 “Despite Israeli forces indiscriminately spray bullets on civilians or aid volunteers, we distribute food and water generally to old, ill or to people who lost their homes,” al-Sadi says.

Kimse Yok Mu have been operating in Gaza since 2006 with dozens of relief projects such as building hospitals, shelters, education assistance and orphans. The relief organizations managed to drill water well which provides 60 thousand Gazans with drink water. Until now, Kimse Yok Mu has delivered in the worth of more than 10 million USD aid supplies those who in need in Gaza.