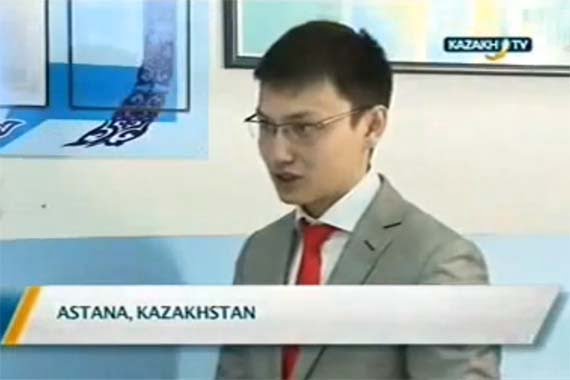 Students of the Kazakh-Turkish School have brought 1 silver and 3 gold medals for their mathematics projects from Brazil. They took part in the 27th International fair of projects in the field of technology. About two thousand students from 50 countries presented over five hundred scientific works in the competition. Abai Kozhabergenov was one of them. The prize-winner of various regional contests and international mathematics competitions is no stranger to victories.

A year ago, his scientific work on computational physics won first place in Moscow. And this year, he won a gold medal for his algebra project in Brazil.

Abai Kozhabergenov, Prize Winner, International Scientific Projects Exhibition: “We won our first prize in the «most outstanding project» category among all the projects, and the next day we took the 1st place in the mathematics section. It was really difficult as all the scientific projects were very good, interesting and relevant”.

These results are not surprising at all since a true professional trained the students for the international competition. In 2004, the President presented him with «the best teacher» certificate. It took about 2 years for Muammer Gul and his students to complete the project.

Muammer Gul, Teacher of Mathematics: “Our students put forward their research topics, we stay after school, work on them, and when the project is ready, we take part in such competitions. This time in Brazil we met young people from the United States, Argentina, Turkey, and Russia. Now we will start training new winners”.

Turkey’s Deputy Prime Minister Bekir Bozdag paid a visit to the local Turkish school, during his official visits in Moldova. A Moldovan students performed a Turkish song in Bozdag’s honor. “The Turkish schools –be it in Moldova or elsewhere in Europe, Africa, Asia, Middle East or Balkans- have been Turkey’s source of pride. They have […]