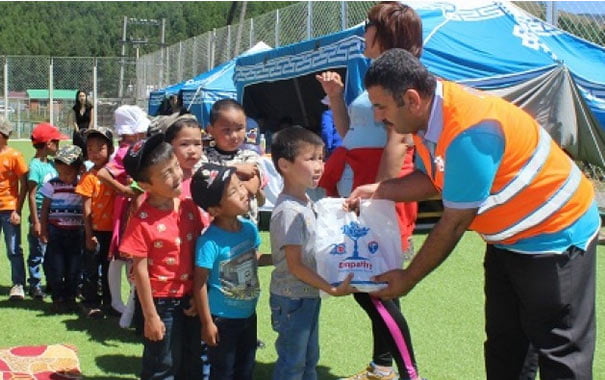 Along with its Mongolian partner Khen ch baikhgui distributed food packages to several orphanages in the cities of Ulan Bator, Darhan and Erdenet. The volunteers from the organization also presented clothes and held fast-breaking (iftar) dinner for the children. Receiving the packages, children hugged KYM volunteers and expressed their gratitude.

Monoglian officials also thanked to the KYM and Khen ch baikhgui for their efforts and presented certificate of appreciation them.