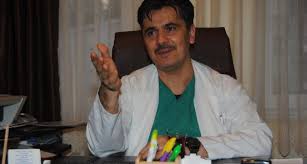 Five surgeons have been tasked to carry out the surgeries in the KYM’s mobile hospitals in the country. MASADER’s president Emin Canan, MD said their team will be in the landlocked West African country for 10 days.

Canan noted that cataract is a widespread disease in the country as the sunlight strikes the country near the equator with a high angle. He highlighted the fistula disease as the most common one among women, which results from the lack of gynecologists and the 1% rate of hospital labors.

“We are honored to offer medical help in MALI through KYM. I was earlier involved in medical efforts in Niger, Nigeria, Sudan and Chad. These countries hold Turkey in a very high regard. We were able to witness the selfless work that the local Turkish schools are doing during our efforts there. Efforts of this kind promote our country regarding particularly the United Nations. I am very much excited to be part of the surgeries in Mali. I’ll be happy to heal the wounds of someone suffering for years. And for all these, I am so happy that I studied at the medical school to be a medical doctor.”

Published [in Turkish] on Haber3.