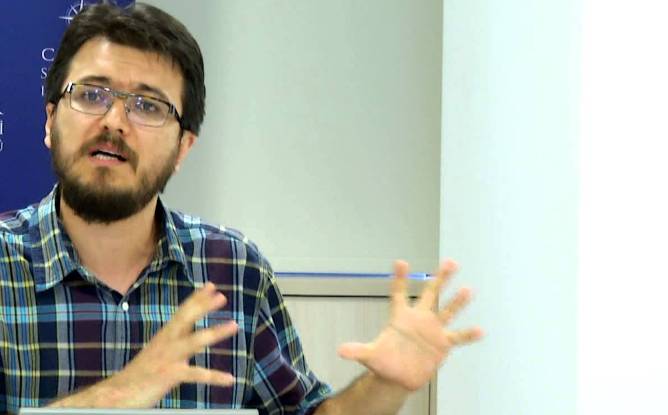 TAMER CETIN
Since the corruption investigation initiated on Dec. 17, Prime Minister Recep Tayyip Erdoğan and his supporters have been claiming the existence of a “parallel structure” that is responsible for the investigation. This illusionary parallel structure is allegedly made up of the members of the Gülen movement.

First, let us look at whether the Gülen movement has such a parallel structure. To prove that this is the case, one has to establish that the investigations and wiretappings were not conducted within the scope of a legal investigation. If that is proven, one has to demonstrate that the police and prosecutors in charge of the investigations were receiving instructions not from the state but from sources within the movement. Both of these claims have to be proven with evidence.

In this regard, the prime minister and his followers are far from being able to show evidence. They are being extremely imprudent by repeating their baseless accusations to the point of driving the country to chaos. Unless and until they show evidence, the parallel nature of the movement that they are arguing with an unprecedented insistence remains a patent and blatant lie. One only has to look at the violent tone of these accusations to see that these have nothing to do with the truth. History shows that those who take their power from truth are never this aggressive.

Interestingly, when we follow the same definition of a parallel state, those who are accused of corruption and fraud within this investigation — the people from Erdoğan’s close circle — seem to fit well with this definition. As the leaked evidence, which the prime minister confessed to himself, demonstrates, Erdoğan and the ruling party abused state power to conduct illegal acts such as manipulating the media, intervening in the judicial process, rigging bids and forcing businessmen to donate to charity organizations, to name a few. They used state power to route illegally obtained money (in exchange for bids) to people or organizations close to them. By doing this, they have clearly met the first requirement of being “parallel.”

While they were abusing the power given to them, they wanted to avoid possible problems this would bring by seeking religious justifications. They acquired the necessary blessing and fatwas (religious rulings) from parties they know, fatwas which they otherwise could not get from Sunni Islamic sources. In sum, they were instructed by a structure other than the state, satisfying the second property of being parallel.

The ruling party cadres have obtained the authority to rule the state from the people and swore to use this authority in good faith. Subsequently, they have violated state rules and institutions, acted on the rulings of other authorities and even got involved in the money laundering scheme of an outside power (Iran). As such, they are the true architects of the parallel structure. The prime minister and his team, despite all their resources and power, cannot even come close to proving that the movement is guilty of their accusations. Yet, mounting evidence clearly points to the parallel structure built by the prime minister and the ruling party.

So, where do we stand? Can the evidence be cast aside by arguing that this is just another instance of corruption and that corruption exists everywhere? If all that has come out is true and the prime minister and his followers are acting as though the evidence does not exist and they continue to steal (and accuse the movement), then they know the religious consequence of their actions since they come from an Islamist tradition. They must know that there can be no religious blessing that will allow them to hide from the truth and that their losses will be much more than any amount of money they can accumulate in their houses. If they continue to ignore corruption while knowing it to be true, then they are betraying not only those who supported them and brought them to power, but also the national will. If they argue that people will never believe that corruption and bribery occurred — even if there is audio and video evidence — and that they will receive support in the elections, then they are insulting not only the people, but also their own intelligence.

To conclude, the prime minister and his followers argue that the recordings that show legal and ethical violations are montages, dubbed and obtained illegally, and that the public will not believe them even if there is visual evidence. By making such arguments, they insult and betray people’s intelligence, memories and wills. They have also exhausted their political capital by stepping outside the state rules and institutions and becoming a parallel structure. Despite these facts, they are still engaged in blaming the movement for their own crimes and trying to “finish” the movement, which is itself another violation of rights and law. Furthermore, this will not save them, as they know very well. All the methods and tools they are using in their agitations and efforts to conceal the truth only make their own desperation clearer.

*Tamer Çetin is visiting professor at the University of California, Berkeley.