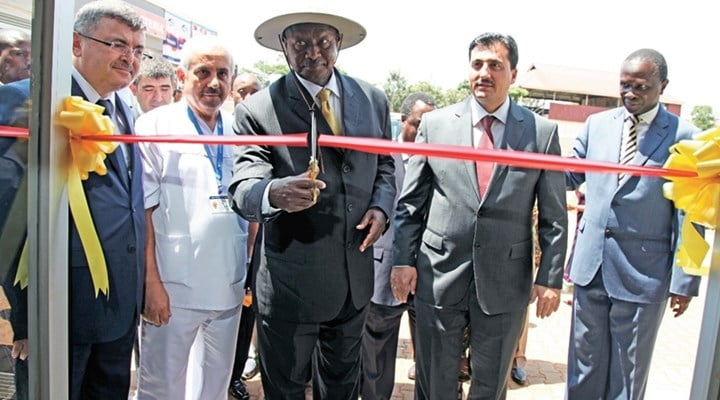 Active in 113 countries in the world, Turkish humanitarian aid group Kimse Yok Mu has completed construction of the state-of-the-art health and education complex across in Uganda’s second largest city, Jinja. The Nile Hospital will also be servicing other countries in the region.

Ugandan President Yoweri Museveni was in attendance at the opening of the Nile Hospital, where he thanked Kimse Yok Mu representatives and praised their efforts before touring the hospital.

Kimse Yok Mu President Metin Çetiner pointed out that this full-service hospital had been made possible thanks to donations by countless citizens from Anatolia.

Kimse Yok Mu (Is Anybody There), a Turkish charitable association known for its international assistance work, will accelerate its aid efforts in Palestine by establishing a school and hospital there in 2013, while Doctors Worldwide steps up efforts to assist Syrian refugees taking shelter in Turkey. Palestinian Ambassador to Turkey Nabil Marouf visited Kimse Yok […]